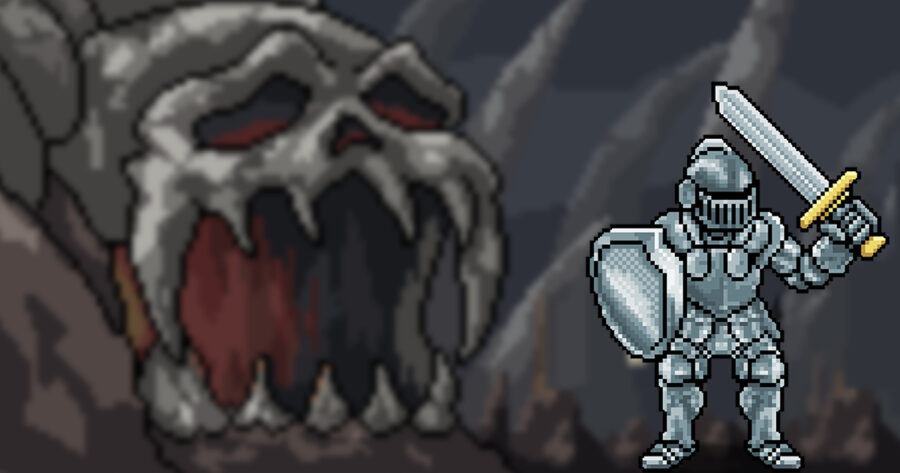 HYMERA — At the end of a harrowing journey to rescue his land from certain devastation, steadfast warrior Demetrios Cherwink was spotted outside the entrance of his nemesis’s lair, unable to decide whether to free up his inventory by dropping his broadsword or scimitar.

The hero, who had slain thousands of beasts, ventured hundreds of miles, solved dozens of mind-boggling puzzles, and developed several supernatural abilities in his quest to protect his realm from darkness once and for all, was bewildered as to which of his two similarly-powered weapons he would leave behind.

“Hmmm…the broadsword is incredibly powerful and provides adequate defense, but not the greatest,” the champion mumbled to himself. “But then my scimitar is well rounded, and I can strike more quickly with it. I can pair either with my steel tunic, which gives me the ‘Metal’s Mettle’ bonus, so that’s good. But geez, I’m stumped here.”

A terrified but hopeful villager standing outside the entrance implored Cherwink to enter the lair.

A feral goblin trolling the plains on the outskirts of the lair was perplexed by the paladin’s indecisiveness. [The following quote has been translated from its original grunting.]

“I was just waddling from one side of my outpost to the other for the seventy-third time today, when I saw this spritely elf guy sprinting along his way,” the goblin recalled. “Just as I was about to wave my club in the air and make chase, he froze in space and just started staring in his bag. I quizzically leered at him with a question mark floating above my head for a minute, then got right back to waddlin’.”

As the young knight contemplated his next move, he recalled similar monumental choices from earlier in his expedition, including fretting over which sidekick to bring with him, stewing over which type of hairstyle to wear, and dwelling on how to respond during a meaningless interaction with a shopkeeper.

At press time, Cherwink finally resolved to keep his scimitar, which was instantly destroyed within the first 5 seconds of the boss battle.