Rat Actually Very Hard to Kill With a Sword 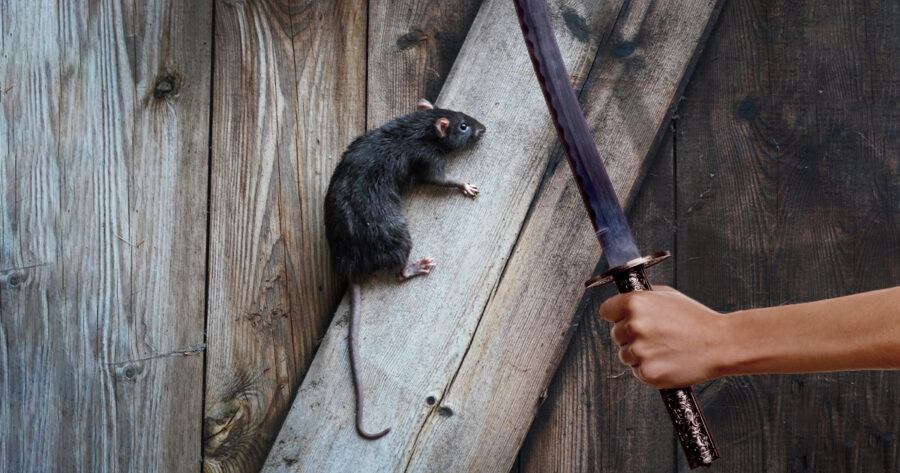 TACOMA, Wash. — Regional gamer Teddy Thorpe was surprised to discover that a rat in his basement was actually quite hard to defeat with a sword, despite their consistent appearance as easily defeated video game enemies.

“Fucker almost had me,” said a winded Thorpe, following the 45 minute ordeal. “He kept scurrying around, and I kept knocking shit over with the katana I got at the mall. Then at one point I nicked the wall and created a spark, and almost caught the whole basement on fire! Eventually I cornered him though, and after sustaining some pretty bad bites on my wrists and face, I got the little bastard. Nowhere near as easy as A Link to the Past makes it seem, I’ll tell you that.”

Thorpe’s wife, Christina, was neither happy nor surprised to find out of the long battle that occurred in the basement.

“My husband told you about his little fight with the rat this morning?” she asked. “Did he tell you about the damage he did to the hot water heater? Or how he pulled his butt? I swear to god, I knew something bad would come from him buying that katana at the mall that day. Don’t write this part down, but he was gonna cry if I didn’t let him buy it. My son and I could just tell.”

Several software developers were asked about the misrepresentation of rats in video games, and they warned players not to rely on their gaming experiences when encountering rats in the real world.

“That’s just an absurd assumption to make, frankly,” said Shannon Grout, a veteran game designer. “If you see a rat and assume it’s going to be more like fighting a Skeever from Skyrim than it is a Giant rat from Elden Ring, that’s on you. Especially when you are by all accounts pretty low level with that katana you got at the mall. If you see a rat in your basement, you’re really better off setting a trap or something than trying to engage it in combat. At least that’s what I think.”

As of press time, Thorpe returned to the basement to check the rat carcass for coins it might’ve swallowed.