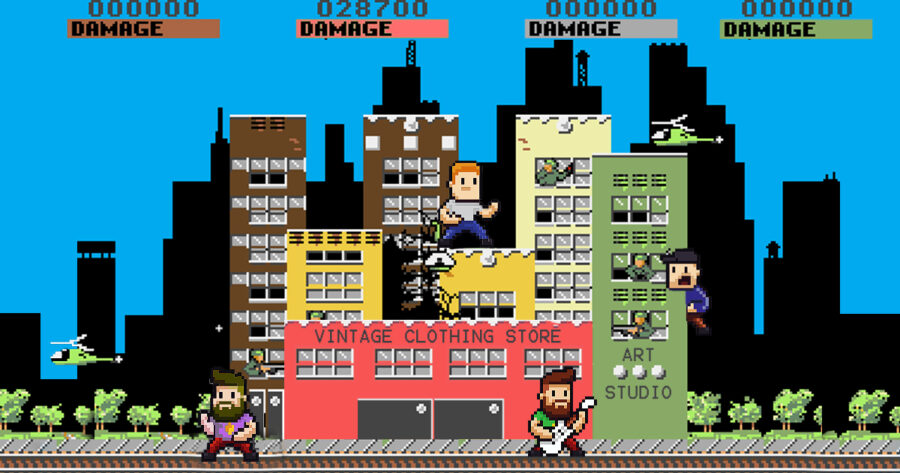 CHICAGO, Ill. — Midway Games announced earlier this week a new reboot to the Rampage franchise where the traditional monsters have been replaced by an art student community that slowly gentrifies urban neighborhoods.

“We are excited to announce Rampage: Gentrification to the Rampage universe,” Midway spokesperson Shelley Armstrong told reporters. “And while it might not be the punching of buildings and eating of military personnel that gamers are used to, we assure you that this is the most dangerous and destructive title in the series.”

Players will be able to control one of four millennials enrolled in a liberal arts college in a downtown urban area, and over the course of eight to ten years (levels) of gameplay, strive for complete annihilation and takeover of the city.

“When starting the game, the first methods of destruction are creating small establishments, such as artisan coffee shops and vintage clothing stores,” Armstrong continued. “But by the tenth year, players can level entire city blocks and construct new high-rise condominiums, farm-to-table restaurants, and waterfront parks, completely alienating and pricing out the community which lived there prior.”

Some playtesters have alleged that there is no official tactic to beat the game, and that gameplay can get boring. “I got to a point where I was able to persuade a government official to renegotiate zoning laws with a sizable contribution to their campaign,” said game blogger Melanie Orchard. “But once I beat that level, I just went to another American city and repeated the same cycle. It got a little old after a while.”

Fans of the series praise the developer for including details of the beloved original Rampage arcade game. “There is a huge police presence, but they’re actually really nice and helpful to the players,” noted retro gaming enthusiast Todd Parsons while playing a bonus round where the character attempts to eat as much kale salad as possible in thirty seconds. “Oh look, he accidentally ate a piece of meat and comically spit it out, just like the original.”