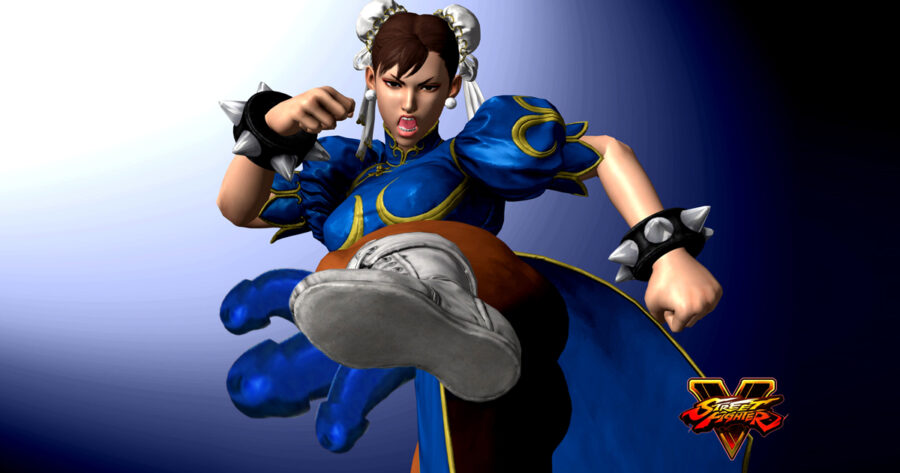 Chun Li is one of gaming’s most iconic characters. Which is why seeing such a familiar World Warrior stripped naked at the waist, clutching her own three-pronged erection, is exactly what we need right now.

There’s no question 2017 is a dumpster fire. You don’t even need to turn on the news to see it. You go on social media and the evidence is all around. So when DeviantArt user FutaOtaku_X first published a series of drawings of Chun Li with a trident-like dick measuring the length of her upper body, it made quite the cultural impact.

Chun Li, with her enormous breasts, thick thighs and flashes of butt cheek, is already hyper sexualized. Her fighting prowess and standing in the Street Fighter fiction makes her a formidable female. But the 4-foot, three-pronged dick, with huge veins and various amounts of pre-cum drooling from each of the three heads, makes a statement that cannot be ignored.

But FutaOtaku_X didn’t stop there. Chun Li may have a three-barrel penis, and she may use it to perform a Hyakuretsukyaku kick in some of FutaOtaku_X’s art, but there’s something still missing.

That’s right: a pair of testicles. Chun Li isn’t a full-package futanari, in spite of having a tremendous dick with three heads, like a phallic Cerberus of ancient Greece.

But FutaOtaku_X has drawn Cammy, the World Warrior known mostly for having a huge ass, sporting her own enormous erection. And a giant set of swinging balls like a tanuki makes Cammy a full-package.

What’s next for FutaOtaku_X? Mortal Kombat’s Sheeva. Her four arms make her the perfect choice to jerk off the thrice-endowed Chun Li. Wow.