All Powerful Being Capable of Destroying Worlds Patiently Awaits Turn 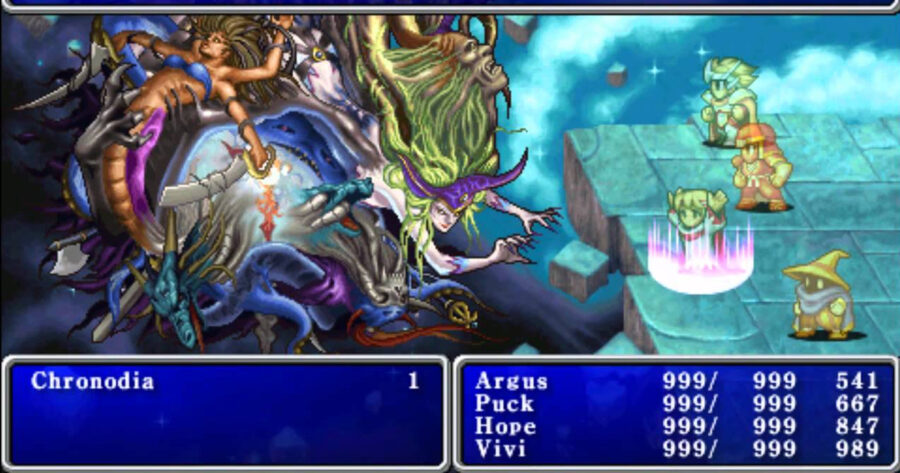 BETWEEN PERCEPTION AND REALITY — Local deity Paradox Omnideath made the decision to wait for his opponents to perform various actions before making his own moves in the midst of a battle against a group of youngsters to determine the fate of the world, according to close sources.

The all powerful being, who hopes to consume the current timeline and replace it with one that sees him as ruler of the universe, was last seen looming over his opponents ominously and remaining idle while they pondered their possible strategies.

“I spent a little time earlier using a few of my many spells to weaken their defense stats and attacking them with my Concept Saber,” Omnideath said in an interview. “But I figured that I did everything I could think of at least once, so I’ll let each of them have a turn before I go back to doing my thing.”

“Fair is fair,” he bellowed, shaking the fabric of reality itself, while his opponents sorted through their items and abilities.

While the omnipotent being remained idle, the opposing ragtag party of courageous heroes used the time to drink potions and recover from Omnideath’s attacks. The powerful being also let them use various offensive spells like Holy Inferno and Diamond Dust to deal their own damage to the almighty deity.

“In retrospect, I could have moved or dodged the attacks and maybe it wasn’t such a good idea to let them recover, since they’re the only ones standing in between me and my desire to rule over the universe with an iron fist,” Omnideath said.  “It just seemed kind of rude to interrupt when they were in the middle of doing something.”

One of the heroes, a Japanese high school student named Takeru Tenjou, said that the team also plans wait their turn to allow the all-powerful being to take its own actions.

“He was nice enough to let us do some stuff so it just seems fair,” Tenjou said as Omnideath charged a powerful beam directed at Tenjou’s face. “We are still trying to win the battle so that Omnideath doesn’t take over the world, though. Hopefully, he doesn’t heal himself or completely decimate us on his turn so we can keep chipping away at him while he stands there and does nothing.”

As of press time, the battle rages on, after several attacks aimed at the four story behemoth missed altogether.