PlayStation Classic Marked Down to Whatever You Have in Your Pocket 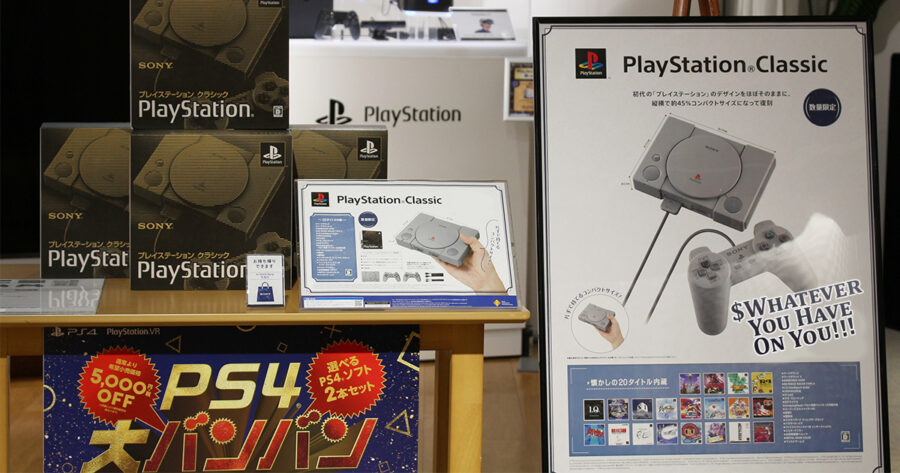 NEW YORK —  Sony has announced another price change to its underperforming PlayStation Classic console, lowering the price to whatever the consumer has in his or her pocket at the time of purchase.

“Yeah, we’ve just had a lot of trouble moving these things,” said Kazuo Hirai, Chairman of Sony Corporation. “We’ve already gone from $100 to $60, and now down to $40 in some places, but people just aren’t pulling the trigger on the piss poor emulation and underwhelming selection of titles. We’ll take what we can get at this point.”

The unique price point has proven successful in the stores that served as trial markets, with retailers claiming that the units were moving significantly faster than they had during their previous three months of availability.

“These things were collecting dust before, but now they’re moving pretty well,” said Sadie Feinmore, a sales associate at a GameStop store. “I’m not sure what I do with all this crap, though. I mean, the change and old receipts I can put in the drawer, but what about all these Chapsticks? Am I supposed to mail them to Sony?”

Many consumers reported that the PlayStation Classic’s newest retail price finally felt like a fair trade for the product.

“There’s a couple of stone cold classics on there, no doubt, but still not worth the price they were asking,” said Rodney Letterman, after trading some mixed change, pocket lint, and three pieces of Juicy Fruit gum for the console. “This is a good deal, though. Juicy Fruit loses its flavor so quickly. Dude tried to get my earbuds, but I said to forget about it. Maybe if it had Ape Escape and Dual Shock controllers, then we could talk.”

Following the price change, Sony has teased a PlayStation 2 Classic system to be released later this year. A recent leak has indicated that the system will come bundled with a single controller, and will be distributed pretty much free of charge to anyone willing to take it off Sony’s hands.