Photographer Wins Pulitzer Prize After Getting Pikachu to Ride Surfboard 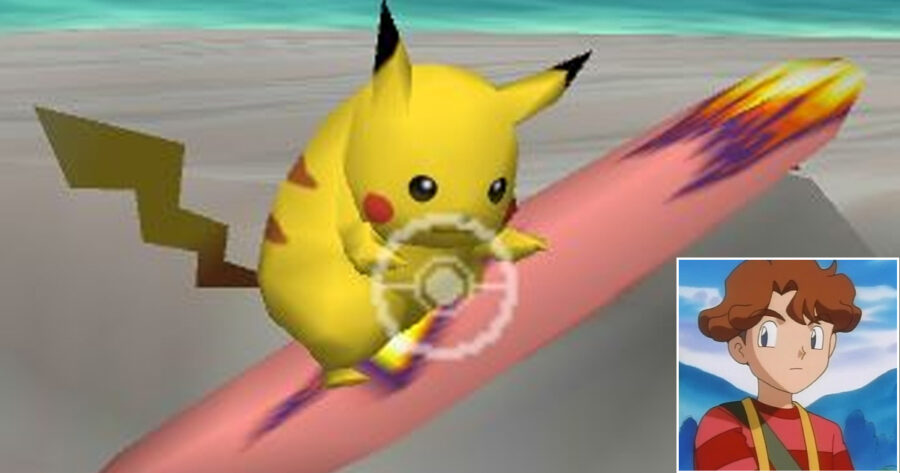 POKÉMON ISLAND — Aspiring young photographer Todd Snap won the Pulitzer prize in feature photography after luring a wild Pikachu to a surfboard earlier this year, a momentous occasion for the field of photography. Snap claims he was able to lure the Pikachu to the surfboard using some apples he’d brought with him on his trip.

“My gear has always been a topic of debate, I don’t see anything wrong with a bag of apples, some pester balls and a flute,” Snap said, accepting the prestigious award. “Have fun with your tripods and flashes, I just won a Pulitzer!”

Snap went on to describe his experience taking the first known photograph of the iconic Pokemon riding a surfboard, a shot long dismissed by most as unattainable.

“I was hired by a professor to ride in a self driving car and take pictures of Pokemon,” he said.  “At first it was weird, I was just sitting there waiting for Pokemon to pop out. I got so bored I started throwing apples. Pikachu was super stoked and followed the apple trail to the surfboard. I had no idea this would result in me winning one of the greatest awards in my profession!”

Snap told the audience that he regretted not saving some of the apples, claiming his trip was too long to possibly have returned with any.  By the end of his journey, he’d been around a volcano, through rivers and caves, and inexplicably, visited outer space. The acceptance speech ended with the Pulitzer recipient insisting the credit wasn’t his alone.

“All this was possible because that professor had a snap kiosk to print out the photos, I didn’t think those things still existed.”

At press time, it was announced that the runner up for the prize was Susan Brockmire, for her harrowing photograph of a young Syrian boy, whose family had just been killed by an explosion.