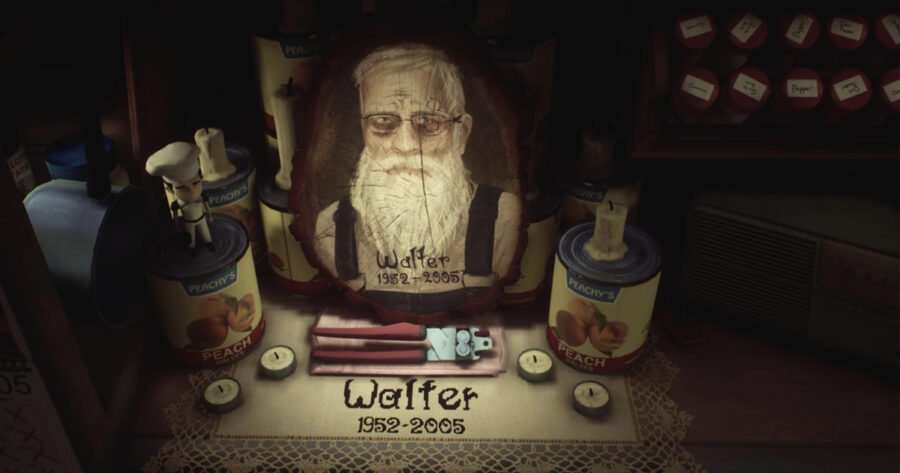 SPOKANE, Wash. — Gamer Ryan Russo, who runs the popular Twitch Stream “No Kills, All Thrills” attempted a pacifist run of What Remains Of Edith Finch that reportedly went very poorly.

“I had to give in on the first story. I just straight up ate all those people, which was tough,” lamented Russo. “But now I’m just swinging on a nice swing thinking ‘no way I could kill anyone — oh shit I flung him to the sea! What the hell?!’ and things have just gotten worse from there.”

Many of Russo’s followers were confused by his game choice, a moody walking simulator about confronting family traumas that sprouted from a proverbial onslaught of past deaths. “I think he thought it was going to be like Myst or something,” said one of his followers. “But you literally cannot proceed through the game without killing people.”

Despite this, Russo seems intent on not killing any Finches. “Okay this one seems easy enough. I just open a can of peaches every decade or so — holy shit did I just get run over by a fucking train!?”

News of Russo’s pacifist run even made it to developer Giant Sparrow. When asked for comment, writer and director Ian Dallas responded “What? Why would you do that?”

Russo remained hellbent on not learning the explicit themes within the game. “Okay, I think I’m just taking pictures for this one. Just point and cli — Goddamnit I shot a deer!! Wait, false alarm deer looks fine… SHIT IS NOT FINE THE DEER JUST KICKED SOMEONE OFF A CLIFF. WHY DOES THIS GAME WANT ME TO BE A RUBE GOLDBERG-ESQUE SERIAL KILLER?!”

Many are wondering if this Sisyphean task will be the end of Russo’s pacifist run, but Russo doesn’t believe so.

“Absolutely not, I’ve done pacifist runs of both Dishonored games, I’m not going to let some indie game derail me. I mean, this level is just bouncing bath toys in a tub, how could this possibly end in death?”