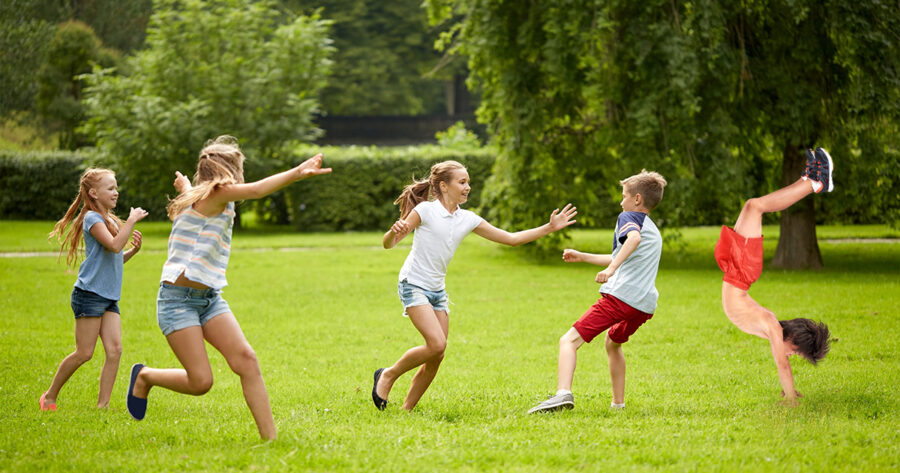 GREENVILLE, S.C. — A new addition to the student roster at Franklin Elementary School has completely destroyed the competitive meta of playground tag, according to several sources at the school.

Brayden Samuels, 7, recently enrolled in Ms. Grey’s first grade class after his family relocated to the area. While many students were initially excited about an unexpected mid-season addition to the roster, most now feel that Brayden is too strong in his current state.

“He’s just so big for his age, how is my little Aiden supposed to compete with this?” said Kelly Taylor, local mother. “He has better stats, longer reach, and no obvious weaknesses or counterplay. I can’t believe the teachers let such an overpowered child participate in playground games.”

School administrators claim their hands are tied, as school policy for transfer students is very clear. Dislocated children, also known as “DLC,” are allowed and encouraged to participate in all school activities without a waiting period. However, some students are considering quitting the game if Brayden is allowed to play un-restricted.

“I finally tagged him and he said ‘nuh-uh I have a counter so actually you tagged yourself!’” said a teary-eyed Jaiden Sanders, 6. “And then I said ‘that’s against the rules!’ and he said ‘where in the rules does it specifically say I can’t have a counter?’ and then I said ‘that’s not fair!’ and then he said ‘my dad says life’s not fair,’ and then I called the teacher and the teacher said ‘they don’t pay me enough for this,’ and walked away.”

Brayden’s parents insist that the school should wait and let the meta develop before taking any drastic action, though they acknowledge that he may be a bit overturned.

“My son? Yeah he’s busted,” said Elaine Samuels, Brayden’s mother. “Top 1 kid in the school, free. Not one losing matchup, we’re so proud. It’s not bullying, the other kids need to get good. Just adapt!”

At press time, Brayden was unavailable to be interviewed as he claimed he was invisible as long as he kept his eyes shut.