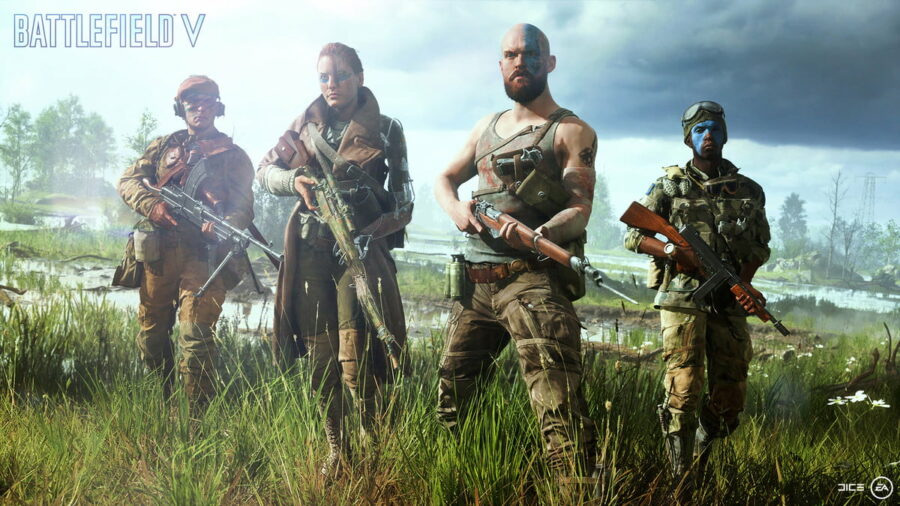 “Cool, women in World War 2. Cuz that’s realistic,” said Twitter user @ImAlreadyDeadpool.  “I mean yeah, there were women in the armed forces, but get the fuck out of here with that British front line bullshit. So stupid. If I find out they tinkered with how many tickets a team gets in Rush then I’m gonna be even more pissed.”

The series, which featured a jetpack in its original World War 2 entry, 2002’s Battlefield 1942, will feature returning game modes such as Team Deathmatch, Domination, and Conquest, a signature Battlefield mode where players wrestle control of spots on the map until one team of soldiers reaches the predetermined high score.

Additionally, following a year of public outcry from gamers, DICE has announced plans to do away with controversial and costly add-ons like loot crates and premium editions of the title.

“Yeah, I mean, I hate all that shit,”@ImAlreadyDeadpool continued. “But there’s one thing gamers care about more than getting ripped off: historical accuracy. Every single time a soldier in World War 2 jumped onto a flying plane, killed the person flying it, and flew the plane away themselves… everyone involved was a MAN. So please stop shoving POLITICS down our throats.”