Opinion: I Know Blizzard Sucks But This Video Essay On Why I Love Them Took Me 7 Months 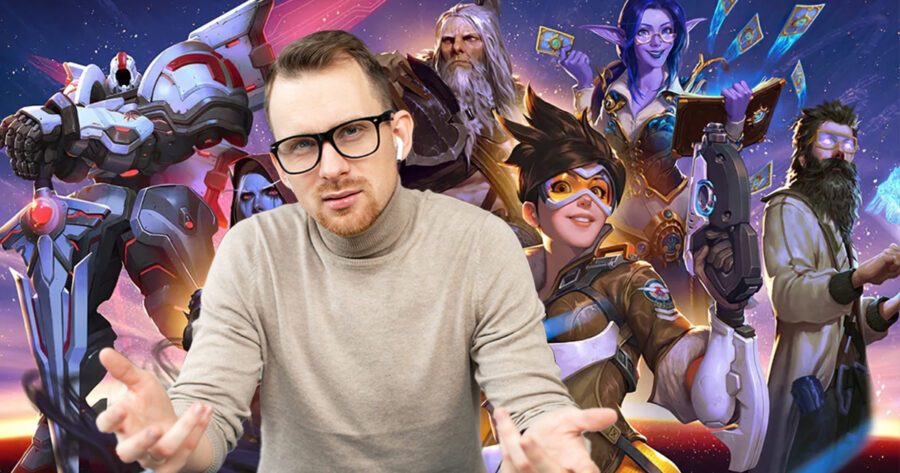 Have you ever worked hard to build something with your own two hands, only for all that effort to be destroyed by some allegations?

Because god damn it, “How Blizzard Taught Me To Be A Better Person” was going to be an amazing 2,000 subscriber special. I am frustrated, disgusted and outraged at Blizzard for not coming forward about their toxic workplace before I spent over half a year of my fucking life slobbering all over their dicks in a video form.

Yes, I know that Activision Blizzard is a cancerous tumor in the gaming industry that needs to be removed. Yes, I did still release my video where I call them “every developer’s dream job.” I could have changed “dream” to “nightmare,” but I don’t think that would flow too well with the rest of the 30 page Frankenstein’s monster of a script that I put my blood, sweat, tears and two weeks of PTO into.

What do you all want me to do? Just not release it? Judging from all of my raw audio files, I spent over three days of my life sitting in my bedroom closet to record the voice over. My girlfriend actually threatened to leave me after I made her watch the 4th rough cut of the video.

Yet still my fans are accusing me of contributing to the problem by ignoring the harm Activision Blizzard has done. I am not ignoring it, I am just selectively deciding not to acknowledge it at the moment.

So please, everyone, I am aware that Activision Blizzard is full of scumbags that encourage the worst in each other. But if I can’t release this video to get some ad revenue, doesn’t that just mean there’s one more person that’s been hurt by their actions? Think about it.

In relation to my channel, I’ll be going in a much more negative direction from here on out. Look forward to my next video, “How The Gaming Industry Taught Me To Never Trust Again,” which I expect to be out by the end of this week!