Olimar Running Out of Tiny Coffins 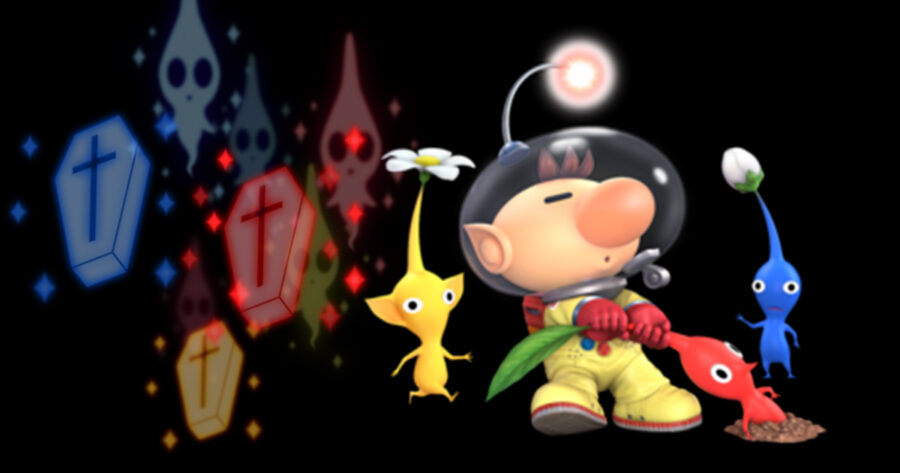 DISTANT PLANET — At this week’s mass funeral of some 614 Pikmin, Captain Olimar of the Hocotate Freight Corporation came to the saddening realization that he is running out of tiny coffins and will need to get more soon.

“I came to this planet a month ago to collect valuable assets, and now I’m gonna take a bath on half of my revenue ‘cause of all these very small coffins I’m going through,” the captain said when reached for interview.

Olimar went on to explain that he hoped to rescue his employer from financial ruin with yet larger amounts of cheap Pikmin labor. The going has been hampered repeatedly by the local inhabitants, who seem unhappy with Olimar taking their things.

“Take our battle with Empress Bulblax last week,” he said. “I eventually figured out that throwing the purple guys did the most damage, but not before it cost me a fortune in little coffins. And if that wasn’t annoying enough, the noise the blue ones make when they die gets real grating by number 137.”

For their part, many of the Pikmin have come to a grim understanding of their role in Olimar’s personal war. One red Pikmin, who answers to the name of Scar, explained that the trick was to accept that you’re essentially already dead.

“Only one of us ain’t already a ghost is Olimar. I pray he never knows what it is to die every day. I wouldn’t wish that on my worst enemy,” Scar said, dragging on a unfiltered cigarette that barely fit in his tiny hands. “But we know that when that little weirdo hurls us into the open mouth of a bulborb, or uses our bodies to slow down an enraged Mamuta, the hangman’s been paid his due. The plot is measured and the grave is dug.”

Shortly after giving his interview, Scar’s squad was ambushed on a scouting expedition. Olimar failed to call back everyone in the group, leaving eight dead. In his journal that night the small commander wrote one sentence: “Everything groovy on Distant Planet!”