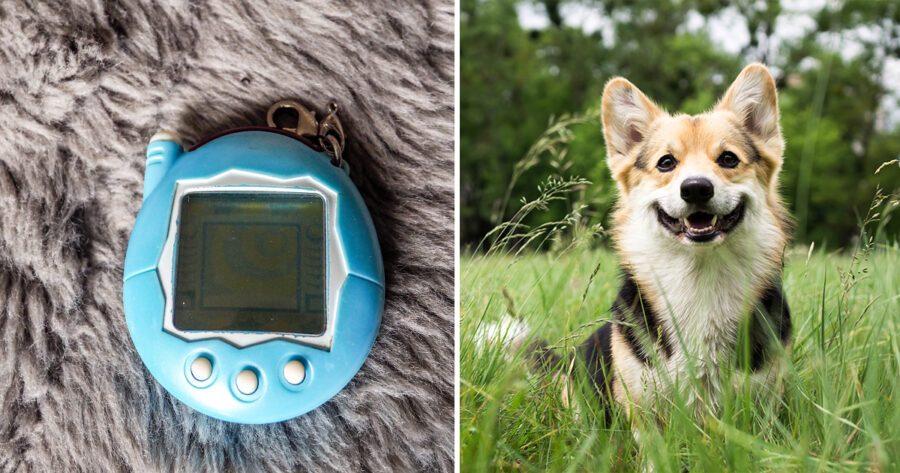 BANGOR, Maine — In news sure to make you feel like a nineties kid again, a labradoodle puppy named Tamagotchi has reportedly ceased its time on earth following an eventful life of two weeks.

“After years of successfully raising Nintendogs, me and my partner decided it was time to adopt a real life doggo of our very own,” said former puppy parent Faith Lowell. “We named him Tamagotchi in honor of our favorite childhood toy and made sure to give him constant love and attention so he’d live a happy, healthy life.”

The dedicated couple said they regularly played “guess the direction” with Tamagotchi in his shelter, a custom built egg-shaped crate with a small plexiglass viewing window. They even took turns sleeping so they could feed Tamagotchi a hamburger, bread, or cake every few hours just like the original 1996 digital companion required.

“Our Tamagotchi didn’t have a health meter so we really had no idea he wasn’t doing well,” said Lowell’s partner Maynard, who admits he was “a little sad” when he found the puppy unresponsive in his egg yesterday. “But hey, maybe one human day is like 15 years for them or something. That would mean he lived for a pretty long time. We are definitely going to try and keep the next one around even longer!”

This isn’t the first time the Lowells have dabbled in pet ownership. Last year, the pair adopted 25 hamsters, guinea pigs, and gerbils, which they collectively called their “Beanie Babies.”

“We kept our Beanie Babies in their original packaging so they wouldn’t get dirty or lost,” said Faith, smiling. “Right now they are napping peacefully in the freezer in our garage.”

At press time, The Lowells informed reporters they were looking into the adoption process for small children and planned to name their first kid either Polly Pocket or Cabbage Patch.