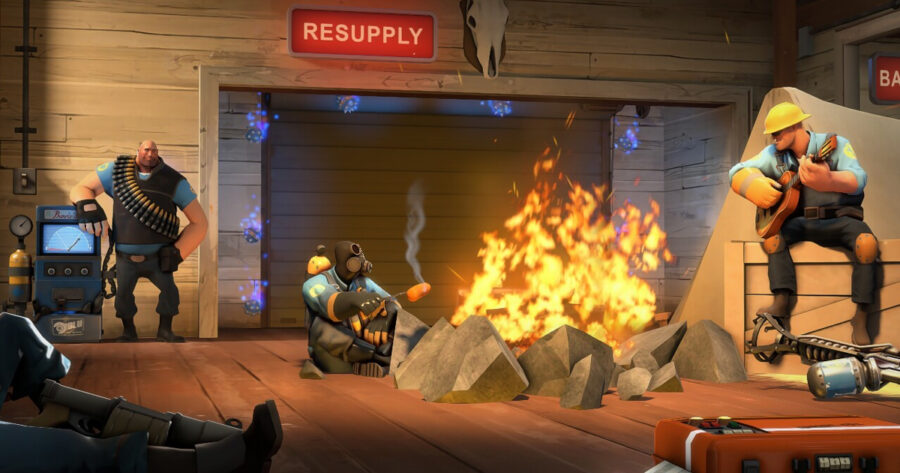 BOISE, Idaho — A romance reportedly blossomed between two teenagers while spawn camping during online matches of Team Fortress 2, a game both were forced to take up over the summer.

“I usually play Overwatch with my buddies, but I have to spend the summer up north at my Dad’s and all he has is an old PC,” said Malloy.  “I miss my friends and I don’t know anyone on Team Fortress.  So I usually just keep to myself and find a spawn point to keep an eye on.  That’s where I met Sandy.”

Sandra Woods, 15, never played video games before this summer, preferring to write in her journal instead.  Her father, a lifelong gamer, ordered her to play Team Fortress 2 while away from school hoping she’d make friends.

“Yeah, you can guess how that went,” said Sandra.  “But when I met Tim, he wasn’t like the other boys.  He actually listened to me when I told him my age, sex, and location, and he wasn’t as constantly angry as everyone else.  So I don’t know how to play this stupid game, big deal!”

After hitting it off in the game’s party chat, the next few weeks were spent relaxing at their favorite spawn points, getting to know each other while slaying fallen opponents upon reentry. Eventually teammates noticed their intimacy and made it clear that the battlefield was no place for love.

“Hey, why don’t you two get a private server?” asked one squad member, reportedly.  “You’re sitting there putting sentry guns in that doorway and making eyes at each other while doing fuck all for our team! I’m gonna report you.”

Fearing her father would find out she had been seeing a boy instead of helping her team, Woods signed off.  Malloy hasn’t heard from her since, and with the fall approaching, he doesn’t know if he will.

“Time to go back to Overwatch and tell my friends about Sandra,” he said staring at an empty chat lobby screen.  “There’s no way they believe me.”