No DreamCast Classic: You Motherfuckers Had Your Chance to Buy One the First Time 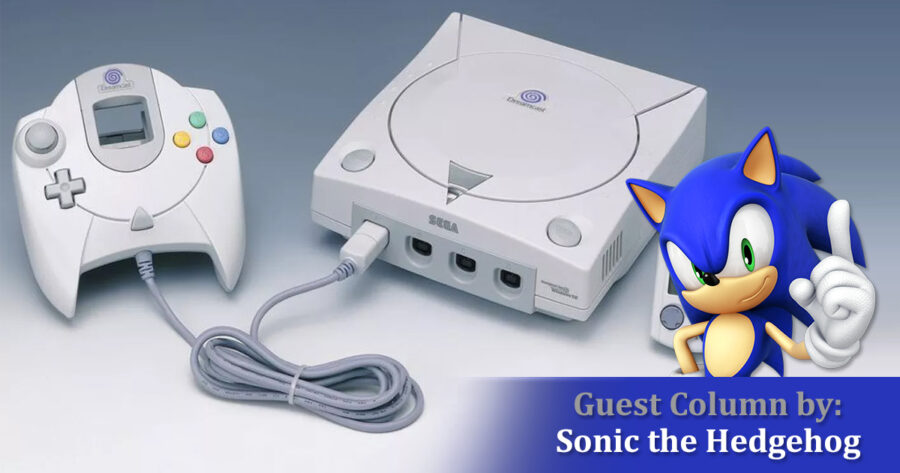 Hiya kids, it’s me, your pal Sonic the Hedgehog! I am saying this one time and one time only, there will NEVER be a chance for you to recapture the magic of purchasing a brand new Sega DreamCast. 9/9/99 or die, motherfucker. I called on you to serve in the console war and you traitors bailed.

This wasn’t just a console for the 21st Century, this was THE console for the 21st century. This was a revolution incarnate in an off-white box. You think you deserve to relive the thrill of using a built-in 56k modem to grind all night with gamers from around the fucking planet in Phantasy Star Online? Where were you when we needed you? While we were changing the entire fucking GAMING INDUSTRY by bringing everyone online multiplayer you philistines were apparently content playing locally on your goddamn PS2s like a bunch of luddites.

Now you nostalgia drones are all boned up because Sony is doing what Sony always does: ripping off Nintendo. Every time one of our inferior rivals decides to rehash their glory years with a tiny retro console, you sheep bleat about wanting a DreamCast Classic. Problem is our system is already a motherfucking classic. Sega DreamCast is a L-E-G-E-N-D. We aren’t going to sell out our legacy because you didn’t have your shit together in the ‘90s.

Why do you even want this abomination when you have already pillaged my grave? “Oh great Shenmue is on Steam now!” SO HAPPY FOR YOU! Sure, we practically bankrupted ourselves to throw $50 Million dollars behind Yu Suzuki so he could INVENT SANDBOX GAMING but hey, glad you’ve got an extra $20 two decades later to plunk down to see  if it was worth the hype.

So the next time you play a Sonic game and I don’t make a jump you are positive you nailed, know that shit wasn’t a glitch or the game being cheap. Know it was fucking Sonic the Hedgehog getting revenge on you for strangling my beautiful baby of a console in the crib and then demanding decades later I reanimate the bones to dance for your amusement.

Also, while I’m here, if I catch you drawing me eating out Dr. Robotnik’s ass I will SWAT your house.