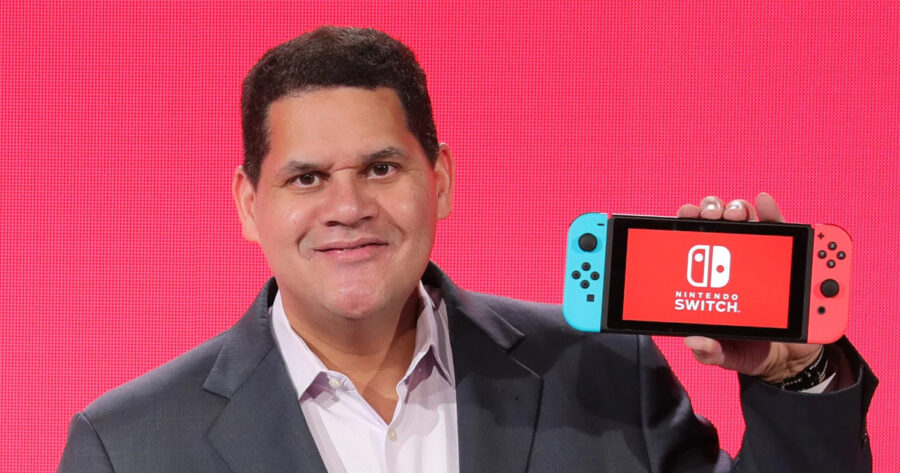 KYOTO, Japan — Nintendo announced today that their recently launched online service now includes yet another contingency: Switch owners will be required to call Reggie Fils-Aimé, president of Nintendo America, once a week in order to maintain access to the service’s collection of classic NES games, just to check in.

This week Nintendo rolled out their paid online service which gives players access to online multiplayer, voice chat via a smartphone app, a library of 20 NES games and counting, cloud saves, and special offers for members. However, many fans have voiced concerns as more and more asterisks seemed to be attached to the service, from cloud saves not being available for all titles to not being able to play NES games with anyone outside of your friends list.

This mandatory phone call to Fils-Aimé is just another item in the long list of examples. Fans took to Twitter to voice their concerns.

“I travel a lot and don’t always get the best reception. Now I’m being forced to choose between my annual ski trip or a library of games; it’s ridiculous,” said Twitter user @NintendoBoyoyoyoy.“Gaming culture is all about installing games, playing them for a bit, and then never playing them again. Being forced to repeat that first step is a slap in the face.”

“All I wanted was to play some Super Mario Bros 3, but I had to have a fifteen minute chat on the phone with Reggie about how his cats are doing,” the tweet thread continued. “And before that, I had to wait six hours while he was on the phone with other Nintendo players. This is a major oversight for Switch Online.”

Nintendo, however, has defended the decision, saying that the system in place is designed to prevent hackers, as well as build up a sense of family between players and the company.

“You have all been playing Nintendo your entire lives,” Fils-Aimé said at a press conference. “The least you can do is call every week to check in and see how we’re doing. We just want to talk to you and know what’s going on in your lives! We want to feel included.”

At press time, Nintendo announced that those who purchase Super Smash Bros. Ultimate physically or digitally on December 7th will be required to go to Smash Bros. creator Masahiro Sakurai’s house over the holidays to have dinner and pick up their copy of the game.