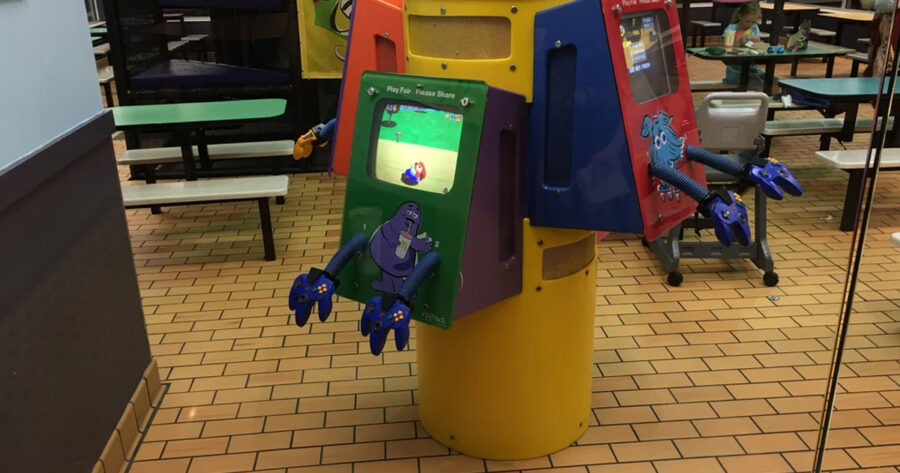 “It is with a heavy heart I join you today, in order to officially confirm that the Nintendo 64 units at this location have ceased to operate,” said Bowser, speaking from a makeshift podium in the corner of the local McDonald’s, the final one to have a functioning Nintendo system. “We want to thank our loyal customers for all your support throughout the years. I truly believe that Nintendo has the best fans in the world. Right here, at this shitty McDonald’s, you proved that every day.”

To his left was the transparent plastic casing on the gray 64-bit system, which had recently died while a small child was playing Super Mario 64. Bowser leaned over with a solemn expression and placed his hand on the casing for a moment. A large serving of Sprite could be heard sputtering from a neglected fountain machine nearby.

“Nintendo has seen adversity before — and overcome it,” Bowser continued, his voice cracking as he finally withdrew his hand from the dead N64. “We survived the 16-bit wars with Sega. We survived the Virtual Boy debacle. We survived that mid-2000s era when everyone realized that we have no idea how the Internet works. And we will survive this. In fact, we will emerge from it stronger. And re-release all the best N64 games a few more times on future systems anyway.”

As Bowser began unscrewing the display unit casing from the wall, nearby teenager Jonathan Lively pounded his fist on his grimy dining table.

“This fuckin’ sucks,” Lively muttered, no longer able to contain his mourning. “What am I supposed to play now? That stupid coin-prize game at Burger King?”