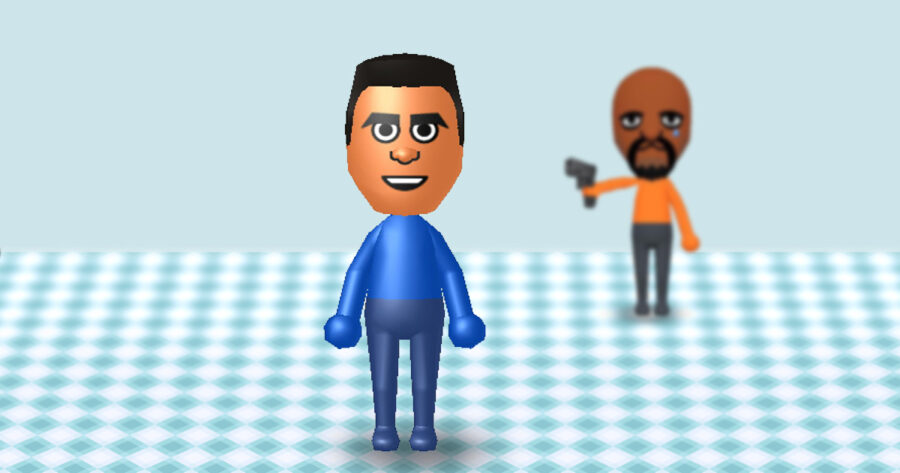 REDMOND, Wash.  — Reggie Fils-Aimé has made his final tearful goodbye from Nintendo after 16 years today, and as part of the severance process, his Mii has been mercilessly executed.

According to those familiar with the situation, Fils-Aimé was “taken care of” by good friend and famous Wii Sports athlete Matt.

“Yeah, it was really quick. Like, Reggie wasn’t even fully outside the building yet,” commented a resident game localizer. “These two giant oafs with black hoods walked out of a wall panel I didn’t even know existed. It was disturbing to see Reggie’s Mii make that squiggly frowny face when they took him into that weird room. Then… nothing.”

Another source, who claims to work in an office close to the mysterious room, says it wasn’t such a quiet affair, actually. Muffled thumping sounds were reportedly heard for at least 15-30 minutes, followed by another half hour moaning. Additionally, Doug Bowser, NOA’s new COO, was seen entering and exiting room a number of times, apparently overseeing this grisly, yet customary, procedure.

“This is just part of the process, and I’m just so happy to be a part of something so special,” said Bowser. The rest of our interview with Bowser was cut short when he received a mysterious phone call, on which he seemed to be coordinating burning down Fils-Aimé’s Tomodachi Life house, and euthanizing his Nintendog.