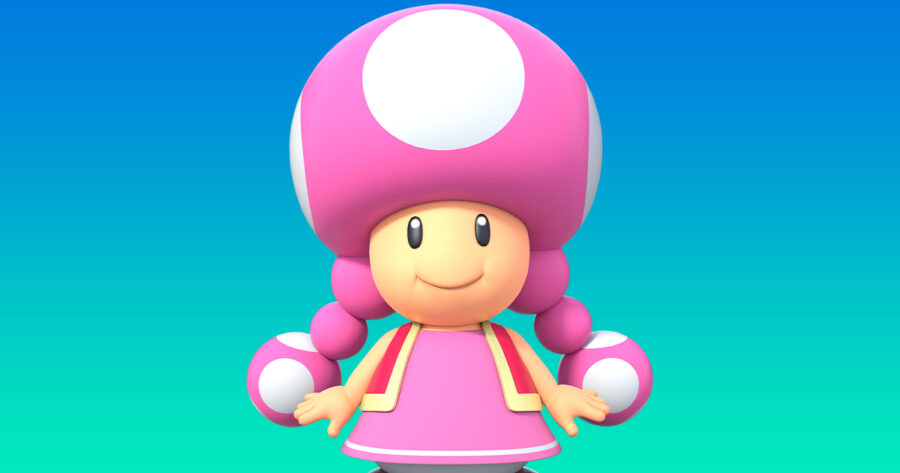 KYOTO, Japan — In a somber Direct presentation, Nintendo confirmed that the popular character Toadette makes her trademark pigtails from the scalps of lesser Toadettes, all of whom she defeated in brutal single combat.

“Fans have asked, ‘If there are many Toads, are there not many Toadettes?’ Well, the answer is that there used to be,” said Nintendo game designer Yoshiaki Koizumi, snapping his fingers to reveal a list of the character’s heinous crimes. “But now, there is only one Toadette. And the innocent residents of Mushroom Kingdom thank their god for that, every single day.”

Koizumi went on to detail a nearly 20-year reign of terror, during which Toadette has eliminated every possible rival to her position as the Lone Toadette. The mushroom-shaped scalps hang from her head as trophies — and as warnings.

“Did you know Toadette made her first appearance in Mario Kart: Double Dash!! all the way back in 2003? That game brought an end to what Toad villagers call The Before Times,” said Koizumi, revealing a new Amiibo depicting Toadette sitting on a throne of bones. “Of course, she has since become a permanent fixture of our games, thanks to her adorable antics, charming smile, and unique ability to consolidate power through violence.”

In classic Nintendo style, the presentation turned coy at the end, leaving fans room to speculate.

“Why are the scalps different sizes? Did she take those smaller ones from normal-sized Toadettes, too, or are they — I shudder to think — taken from innocent children? These are all good questions,” said Koizumi before signing off. “You’ll just have to decide for yourself.”

When asked if Toadette’s longtime partner Toad was complicit, Nintendo forwarded a letter from his lawyer, denying any knowledge of her activities outside the games.