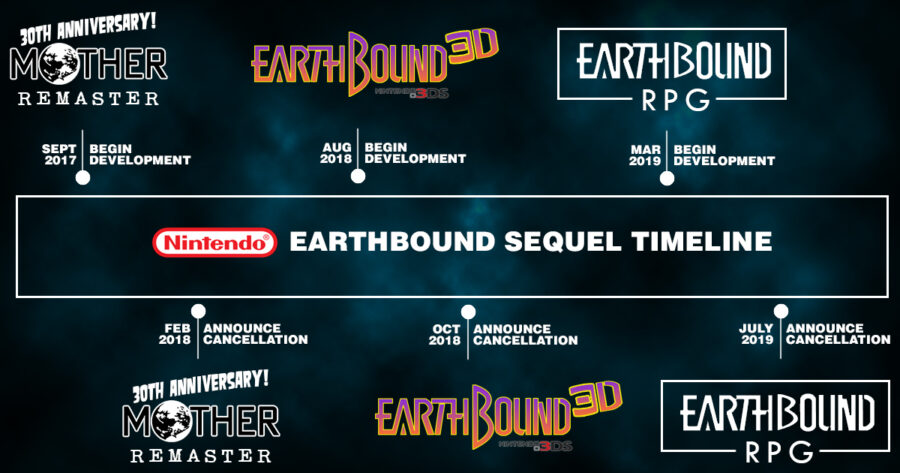 Trailers were presented for three new entries into the beloved franchise – a remastered compilation of the original Mother game, a brand new sequel for the Nintendo 3DS, and an open world 3D RPG for the Nintendo Switch that brings the timelines of all EarthBound games together in one epic adventure.

At the conclusion of the third trailer, Fils-Aime introduced the collectors’ editions of all three games before announcing that none of the previewed titles are currently slated for any sort of commercial release.

“We here at Nintendo have heard your cries,” Fils-Aime stated, “and we think we’ve tapped into just what you want out of the EarthBound series: the ability to passionately love a game series that we refuse to support or acknowledge, and the crushing feeling of knowing you will never get to play these games.”

Fils-Aime went on to outline Nintendo’s long term approach to this plan: they will launch a full marketing campaign leading up to the series’ 30th anniversary in 2019, including a retrospective documentary (that will reportedly never be screened), and a line of toys that will have a “supply issue,” he said while winking at the camera.

Additionally, in the months leading up to the cancellation, Nintendo will tease EarthBound-themed DLC for all of its flagship titles, only to never mention it again.

“We believe that the EarthBound experience is not tied to playing these unique, charming, and challenging role playing games,” he said. “It’s more the feeling in your stomach when you realize that you will never get to enjoy what these games have to offer.”

“And believe me, I’ve played them,” added Fils-Aime. “You’re really missing out.”

Before ending the presentation, one more trailer was played, this time teasing a Mario Kart/F-Zero crossover title for the Nintendo 64 Disc Drive, which was discontinued in February of 2001.