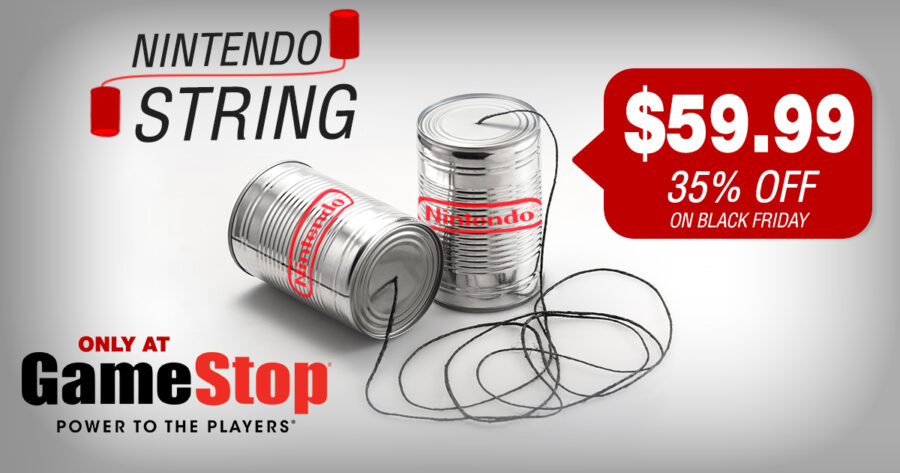 KYOTO, Japan — Nintendo announced today the Nintendo String, their new voice-chat product for multiplayer games. The String, a new communication device consisting of two aluminum cans and a long piece of twine, enables Switch owners to communicate from up to 25 feet away.

“We heard your complaints and this is us trying our best,” said Nintendo of America president Reggie Fils-Aimé. “Over the years, we’ve been criticized for implementing Friend Codes that are longer than many international phone numbers, even though username-based multiplayer has been around since the MUD games of the 1980s.”

“Now, we’ve discovered Nintendo fans aren’t as excited about using a phone app for multiplayer communication,” Fils-Aimé said at a presentation for the new device. “Apparently integrated voice chat has been a console standard since the PlayStation 2. That’s why we’re so proud to announce the String.”

Nintendo promises the String will provide players a way to connect like never before. The String, they say, will allow fans to feel like they’re playing Splatoon 2’s cooperative Salmon Run mode right next to each other, when in reality they’ll be in different rooms of the same house.

“The String, for the first time, will also be backward compatible with all other Nintendo consoles,” Fils-Aimé said. “Users will still be required to recite a 12-digit code in order to authenticate themselves to one another, but means of enforcing that policy are still TBD.”

“However, rest assured that we at Nintendo will find a way to make this complicated system work,” Fils-Aimé added.

While many gamers are still skeptical of the String, Nintendo diehards are already on board. “Did these M$ and Sony trolls ever think that maybe Nintendo is doing something different because the normal way is badddd,” one NeoGAF user wrote. “I like the physical sensation of running a string through doorframes and down hallways. That’s just Nintendo charm.”

The String is slated for release this holiday season, available in Classic Silver and limited-edition Slippy Green. As analysts are confident production of the accessory will meet demand, no shortages are foreseen.