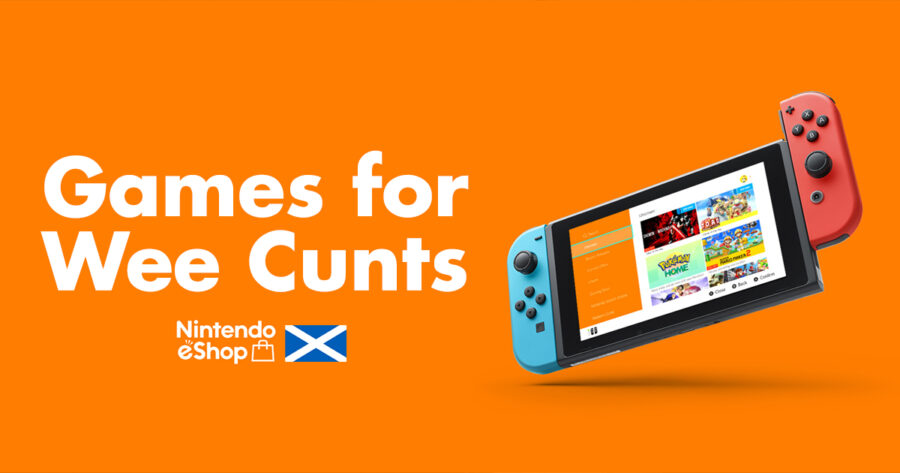 EDINBURGH — Nintendo UK has announced a new category coming exclusively to its eShop in Scotland titled “Games for Wee Cunts” which will highlight newly released games that children ages three to six would enjoy playing.

“Games for Wee Cunts is going to serve parents of kids in that age range, who often struggle to find a game that’s at their level and doesn’t contain any indecent or offensive material,” said Nintendo representative Steven Hollander. “The category’s landing page already features the likes of Paw Patrol Grand Prix and My Friend Peppa Pig, alongside My Friend Pedro — games that parents and their precious ‘cunts’ can enjoy together.”

Hollander cited many challenges parents face in finding a game for children in this age range to play and enjoy, from less dexterous hands to difficulty understanding plain English, as Scottish is not currently supported as a system language on the Nintendo Switch as of publication.

“The new category will feature helpful language in the child’s native tongue, to make it easier to find games that appeal to them,” Hollander explained. “We’ve hired local Scottish gamers to better define the tags and headers within this category, like ‘fucking racing games’ and ‘adventure games and shit.’ They also translated the navigation buttons. For instance, we thought an ‘exit’ button might be confusing, so now it says ‘fuck off.’”

Scottish parents were delighted by the news.

“Ah! Sometimes ah dinnae ken what Switch game me bairn could find craic,” said Mackenzie Haggis, a local mother of two, who seemed to be excited about the news. “There’s hunners games on there! The ‘Games for Wee Cunts’ tab has me fucking Yaldy!”

Nintendo is also reportedly working on a new category for the German eShop, which will scream all the titles at you in angry German.