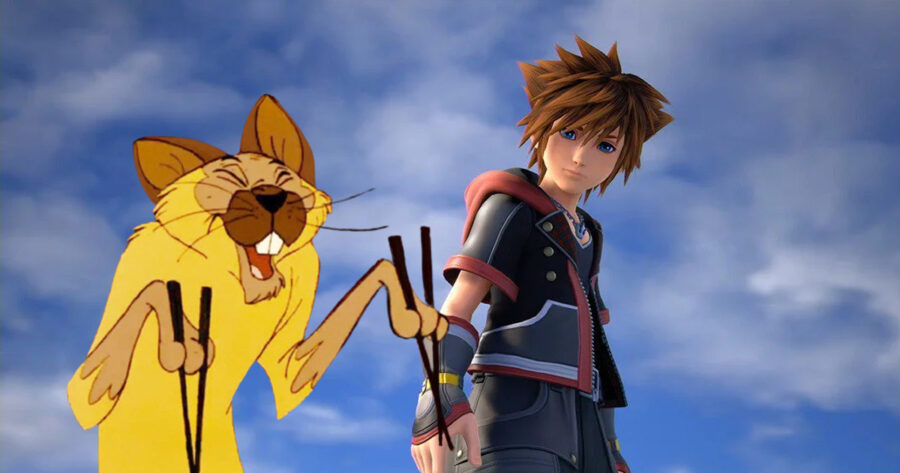 TOKYO — In honor of the classic Disney film’s 50th anniversary, publisher Square-Enix announced in a press release today that the next installment of the Kingdom Hearts franchise will include all of the racist cats from The Aristocats.

“Kingdom Hearts has always been about celebrating the magic of Disney, and that includes the racist cats from The Aristocats, even that Chinese one with the buck teeth and chopsticks,” explained Dec Hubbard, vice-president of marketing at Square Enix of America. “The cool thing about working in game development is that everybody just absolutely loves everything we do. Or at least, that’s what my staff tells me — I don’t allow myself to look at the internet.”

Sensing opportunity, other video game developers have been quick to cash-in on the emerging market for old, racist cartoons.

“For Epic Mickey 3, we’re taking inspiration from the Kingdom Hearts team and really trying to go back to our roots,” said Robert Weaver, vice-president of marketing at Disney Interactive Studios. “Mickey in Arabia, Mickey in the Deep South, Mickey in the jungle — all the big ones, all the hits. I showed all of those old Mickey cartoons to my niece the other day and she said they were ‘absolutely unbelievable’. That’s exactly the kind of reaction I want to inspire in our players.

Other industry insiders have been more critical, arguing that the Kingdom Hearts news represents a step backwards for politics in games.

Square Enix is set to announce further additions to the Kingdom Hearts franchise, including a remaster of the original game starring Goofy, Donald Duck and Mickey from an alternate universe where the Nazis won the war.