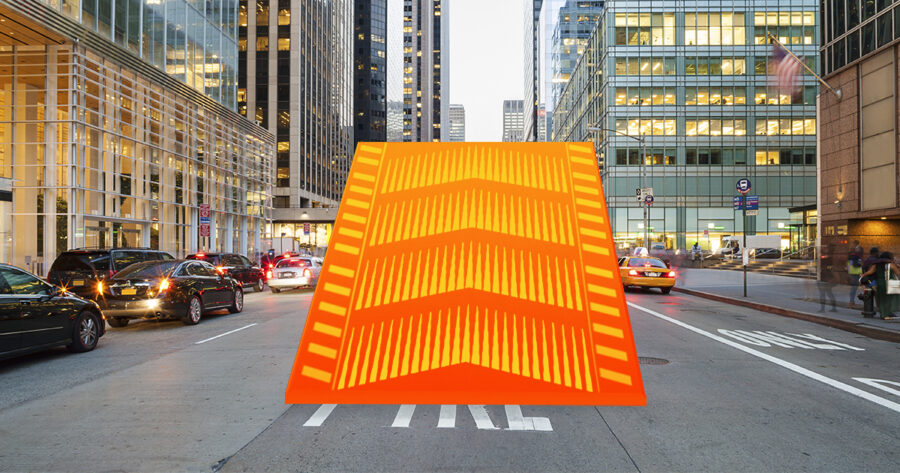 NEW YORK — Tempers flared at city hall today as both sides made their opinions known about the potential addition of a giant glowing ramp on West 96th St at West End Ave.

“This is going to completely change getting out of the city for me,” said area resident Scott Harbscott. “By being able to launch over Riverside Dr straight to the Henry Hudson Pkwy, I easily save at least 30 seconds of driving.”

The proposed ramp would glow alternating colors covering the whole spectrum of the rainbow, and propel cars about 50x their previous driving speed while touching the 50 ft long ramp.

“On the one hand, I think getting my car rocketed through the air is pretty cool,” said local business owner Amanda Valentino, “but what if it like, landed wrong? Is the city gonna hire some guy to sit around on a cloud and fish everyone out of the burning wreckage?”

Detractors to the ramp were also concerned about the cost to the taxpayer.

“When you account for the aesthetics, size, and mechanical costs, we’re talking somewhere between $80 to $90 million,” estimated engineer Brett Jankk. “That puts it easily in the top 100 most expensive construction projects in New York this year.”

Council insiders reported that, if approved, the ramp was likely to be named The Big Mario Ramp, after the current mayor’s father.