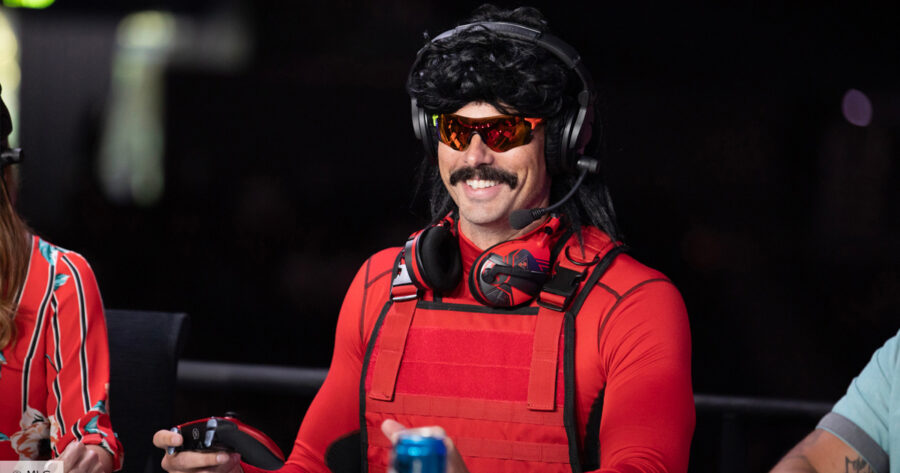 NEW YORK — Following a controversial opinion piece wherein columnist Joseph Epstein beseeched Jill Biden to drop the “doctor” title from her name due to a lack of proper medical credentials, the Wall Street Journal has now published an article bringing the qualifications of popular streamer Dr Disrespect into question.

“Mister Disrespect, Mister Beahm, Guy, dude,” began Epstein’s latest article, published today.  “A bit of advice on what may seem like a small but important matter. Any chance you might drop the ‘Dr.’ before your name? ‘DrDisrespect,’ sounds and feels fraudulent, not to say a touch comic. Your schtick is, I believe, playing multiplayer games and a confrontational, braggadocious attitude that you broadcast to your fans with ridiculous catch phrases like ‘I’m on top of the mountain, and I’m only halfway up!’ A wise man once said that no one should call himself ‘Dr.’ unless he has delivered a child. Think about it, DrDisrespect, and forthwith drop the ‘doc.’”

“The attack on DrDisrespect and his credentials are unfathomable,” said Biden, who will be sworn into office next month. “Dr Disrespect got to where he is today the old fashioned way, by talking tough and not backing down when people told him what he could or couldn’t say or which bathrooms he could or couldn’t broadcast out of. The Wall Street Journal ought to be ashamed of this ridiculous display towards my favorite streamer in the game.”

Dr Disrespect, who’s real name is Herschel Beahm IV, stated that this was merely the latest in a series of headaches his title has caused this year.

“This shit has got to stop,” he said, when informed of the Wall Street Journal piece. “Twitch shut me down for two months this summer all while they investigated the ‘irregularities’ with my purported medical background, and now this. If someone would have just asked me, I would’ve told the dumb asshole that it’s merely a screenname and probably not worth throwing a fit about.”

As of press time, the Wall Street Journal had published another opinion piece, this one imploring Dr. Pepper to change its name to “Mr. Soda Man.”