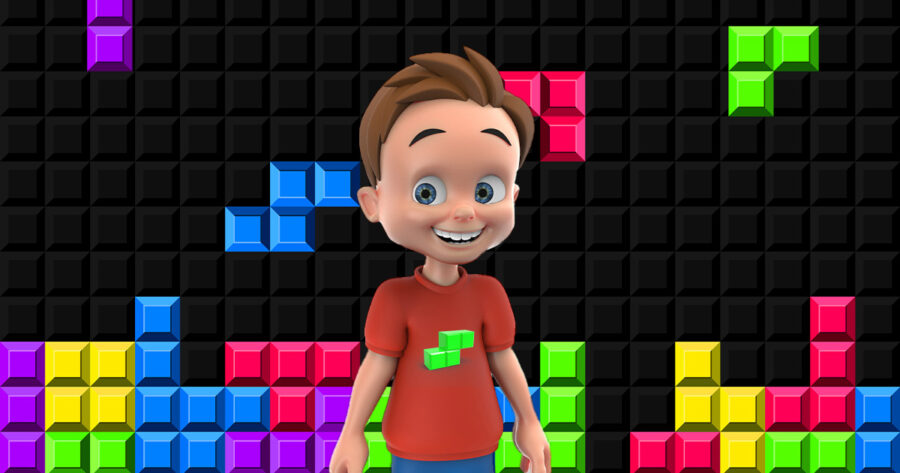 TOKYO — Sony Interactive Entertainment’s new game Tetris: Beginnings brings a new twist to the classic puzzle game’s formula by introducing an NPC who provides constant hints on where the pieces should go.

“We’ve developed a more cinematic Tetris experience. You’re not just placing tetrominoes in Tetris: Beginnings, you’re also helping Ris, the young bricklayer prophesied to save the Seven Shape Kingdoms, discover his hidden destiny,” said CEO of Sony Interactive Entertainment Jim Ryan. “The relationship between Ris and the player is symbiotic. He’ll say stuff like ‘Huh, it seems like you can rotate that block,’ or, ‘That L-shaped block might fit in that L-shaped gap,’ making him indispensable in your quest together.

Critics have praised the game’s narrative, with special attention being paid to the way it pushes video game storytelling forward by featuring a character who gives you hints without you asking for them and with no way to disable them.

“Tetris: Beginnings pulls a risky move marrying the traditional puzzler with a cinematic, AAA backdrop, but it works better than expected,” read Margot Stevens’ review for Electronic Gaming Online. “The dialogue crackles, and every ‘Watch out! Another piece is falling!’ from Ris makes him feel like a fully realized, life-like character.”

Sony is staying quiet about the possibility of a sequel, but strong sales make it inevitable that the publisher will return to the Seven Shape Kingdoms sooner rather than later.

“We’re so happy fans have enjoyed meeting Ris and discovering our new take on Tetris,” said Ryan. “As far as what the future holds, well, it’s just like Ris says: ‘I wonder if another block is about to fall?’”

At press time, Mark Harmon of N.C.I.S fame had just been nominated for a Saturn Award for his performance in Tetris: Beginnings as the Elder Tetris Block featured in a memorable scene where you walk behind him as he talks for 10 minutes.