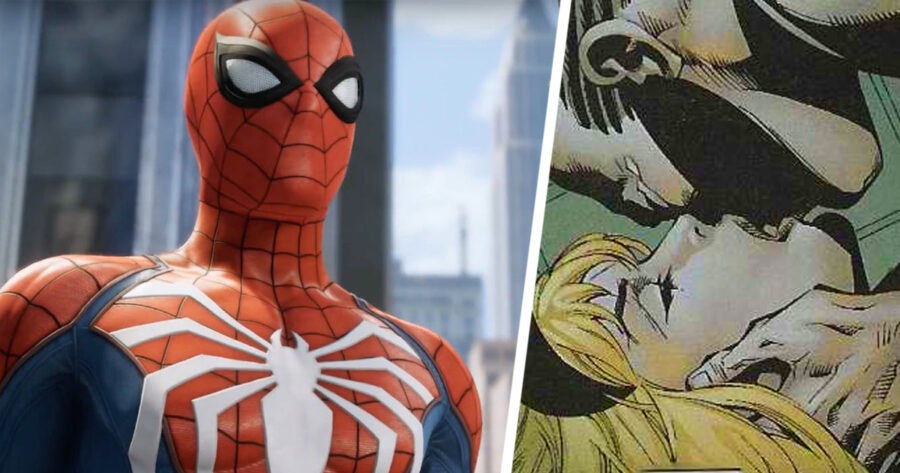 BURBANK, Calif. — While details are unknown as to which comic books inspired the story for the new PlayStation 4 Spider-Man game by Insomniac Games, fans agree it probably won’t be the from the arc where Norman Osborn impregnates a teenager.

“I mean…yeah…that possibility was shelved pretty early in development because…you know…we have Twitter and can read the news,” Insomniac Games CEO Tim Price told reporters. “That being said, we don’t want to give away any spoilers so I won’t say for sure that the infamous Norman Osborn Gwen Stacy kiss will not make it into a cut-scene.”

“Actually wait, fuck, maybe that’s a bad idea,” he said, adjusting. “I’m not allowed to tell you what’s in the game, but I’m also definitely not allowed to ruin the sales before it comes out.”

After years of disappointing Spider-man games, pre-release footage of web slinging that is reminiscent of the beloved Playstation 2 game has fans excited to check out the title even though there is close to zero chance the story will be based on the Sins Past arc where Norman Osborne sired twin goblin-children with the then-16-year-old Gwen Stacy, murdered her, and then proceeded to take over a facet of the U.S. Government.

When asked about the possibility of Sins Past maybe being considered in the future, an exasperated Tom Price explained his reasoning for not wanting it included.

“This arc is so problematic in 2018 we wouldn’t even use it to sell you an overpriced story pack DLC, which is really saying something because we love money,” Price said.