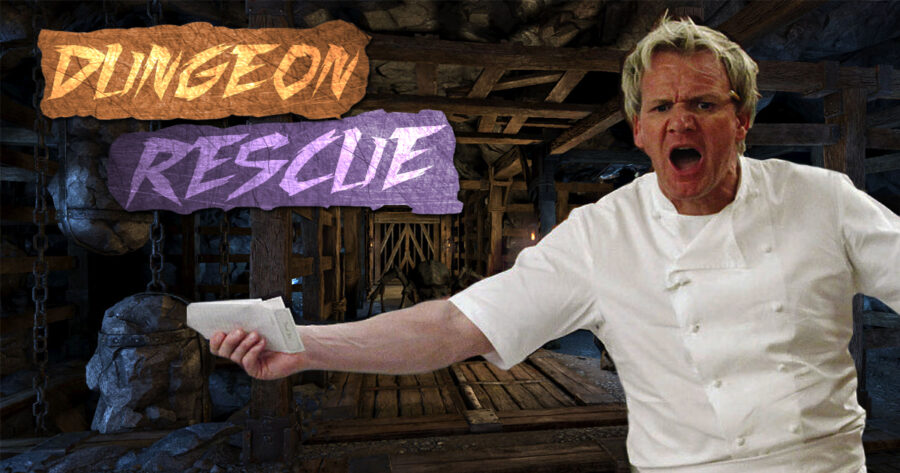 LOS ANGELES — FOX announced today that celebrity chef Gordon Ramsay would spin off his popular Kitchen Nightmares TV series to address a type of business that historically has a high failure rate — the lairs of villains.

“What are you a fucking retard?” shouts an irate Ramsay in a promo for the premiere episode of Dungeon Rescue, holding a key in front of a morose Bowser and several Koopa Troopas.

“I walk into your castle and I found this WITHIN. FIVE. GODDAMN. SECONDS!?” Ramsay continues, as he accentuates each word by stomping on Goombas.

The famed restaurateur said he was inspired to start the show after watching his children play video games at home.

“If kids are able to wantonly go about and loot your valuables and foil your plan to destroy the world, you haven’t earned the right to have a dungeon,” said Ramsay in a promotional AMA on Reddit. “Which is why I poured millions of dollars to develop the technology to digitize my body and donwload myself into these games to teach these two-bit fuckos some goddamn craft.”

Word of Ramsay’s crew going from lair to lair has set shivers down the spines of gaming’s most notorious villains.

“Shut it down! Shut it down! Everyone go home this dungeon is closed due to being run by a fucking moron,” Ramsay shouted as dejected fire elementals working in the Molten Core floated away.

“As a man whose first instinct after seeing an overcooked Beef Wellington is to threaten to rape that chef’s entire family from dog to grandpa, I don’t judge these guys on why they want to cause misery to others. I just want them to at least seem like they give a shit,” Ramsay said as Ragnaros dropped his hammer and cried fiery tears while Majordomo Executus consoled him.

Fox has ordered ten episodes, with an additional twelve more to be filmed as long as no claims of sexual assault or harassment are made against Gordon Ramsay or anyone else associated with the program, considering the large amount of villains necessary for the show.