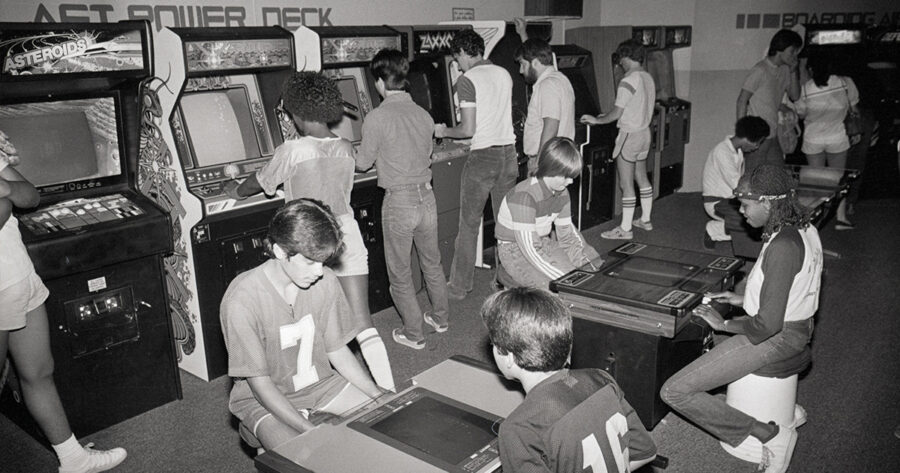 UPPER DARBY, Pa.  — Historians and anthropologists from around the globe are clamoring as a Pennsylvania middle school time capsule from the 1980s has revealed shocking evidence that there was once a period where humans played video games for enjoyment.

“This is throwing a complete wrench in the way we’ve previously interpreted the history of video games,” said academic Adam Arkin. “All previous schools of thought have been predicated on the idea that gamers always resented and disliked video games just as much as they do today.”

The historic site has produced enough concrete evidence to suggest that early gamers would use gaming to initiate social bonding without turning it into a performance of some kind, and even occasionally partake in cooperative games that rarely ended in physical altercations, verbal fights, or lawsuits as they so often do today.

“We’ve found DNA samples of 3 or 4 individuals in a single recovered bag of Doritos,” said behavioral psychologist Lindsay Dopple. “This suggests a valuing of social interaction and sharing of enjoyable experiences that the modern gamer can’t really relate to.”

Many are rejecting these findings as revisionist propaganda to distract them from achieving gaming immortality online.

“What’s the point of having a bunch of friends if my KDR or my APM isn’t high enough on my $3000 rig to be ranked on the leaderboards?” asked gamer and five-follower Twitch streamer Lars Lorser. “I mean, it’s really just my gamertag that they see, but that’s something that people will remember, right?”

At press time, historians were dismayed to find a journal entry in the time capsule which contained potential evidence of the first ever rage quit in a multiplayer game.