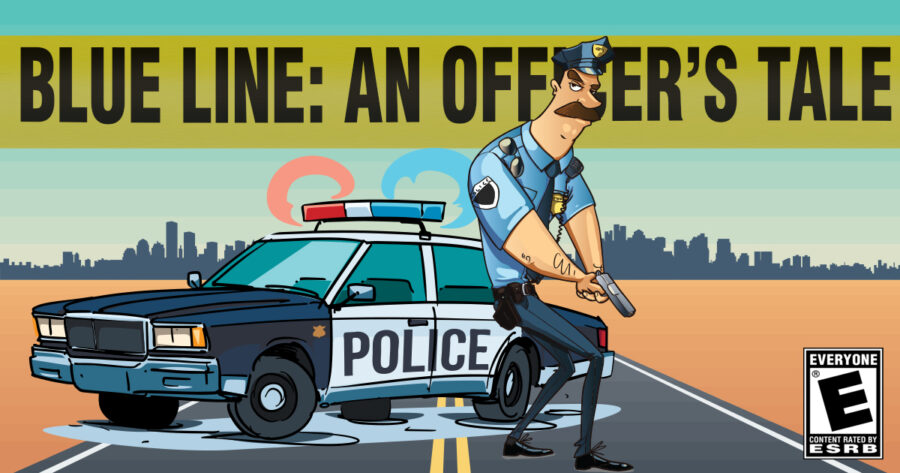 AUSTIN, Texas —  “Blue Line: An Officer’s Tale”, a new third person shooter game announced yesterday, is looking to breath life into the genre by letting you play as a renegade police officer that does everything by the book.

A demonstration of the game’s introductory level showcased the game’s nontraditional mechanics. Officer Travis Tompkins is seen responding to a burglary call in a middle class neighborhood. Upon discovering a barking dog tethered to a tree, the player quickly dispatches of it with his pistol.  Before he can search the doghouse for more ammunition, the game immediately transports the player to an interrogation room and a lengthy review process begins.  Eventually the character loses his job and the game is over.

“You have to remember this isn’t real life. This is a fantasy world where you’re a highly trained and level-headed professional,” lead game designer Kathleen Phelps said.

“As we see in the next video, the trick here is to be mindful not to shoot the family dog and successfully walk around the perimeter of the house to the backyard, where you will find a hooded figure attempting to open a window.”

The demonstration then showed a proper playthrough of the level, where in lieu of a violent confrontation, the officer speaks with the man.  After a conversation minigame, it is revealed that he is the homeowner and is locked out of his house.  Once he has been boosted into the upstairs bedroom window, the level is complete.

“Most of our game testers emptied a full clip into the man as soon as he reached for his identification,” said Phelps. “But that will lead you to a trial and ultimately a loss. The key to this game is restraint, and to remember that you are not rewarded for shooting dogs, men, women, kids, locks, mirrors, other cops, raccoons, tin cans, or even the spooky spiders that are up in the trees.”

The game is slated to release later this year.  When asked if she was worried that they’d given away too much of the game in the demo, Phelps laughed.

“Oh please,” she said. “You haven’t even seen the paperwork minigame!”