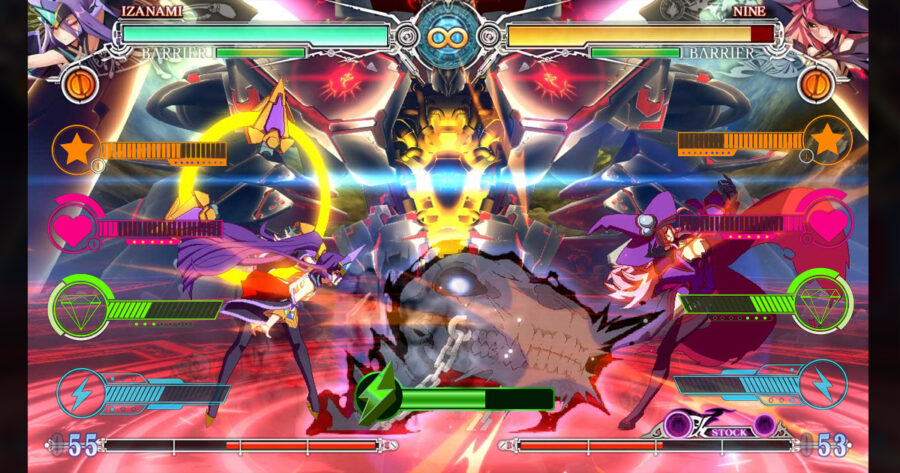 In an interview for Japanese gaming magazine Famitsu that was translated to English, lead designer Toshimichi Mori expressed excitement for the upcoming release.

“From the beginning, BlazBlue has been about pushing the limits of design in the fighting game space,” Mori said. “Plenty of other games have bars that measure health and special abilities, but we were the first team bold enough to ask ‘what about one that measures how sleepy the fighters are or what the current humidity level of the stage is?’ Don’t those deserve meters too?”

To end the interview, Mori spoke of how some of Consequence Edict’s features were driven by better gaming hardware. “Obviously higher resolutions like 4K mean you can squeeze more meters on-screen, in a way we couldn’t previously. This has allowed us to totally redefine what a meter in a fighting game can do. I can’t reveal too much, but let’s just say who decreed meters could only be horizontal?”

The interviewer then describes Mori leaning back in his chair, putting his hands behind his head and softly saying “Checkmate, Street Fighter.”