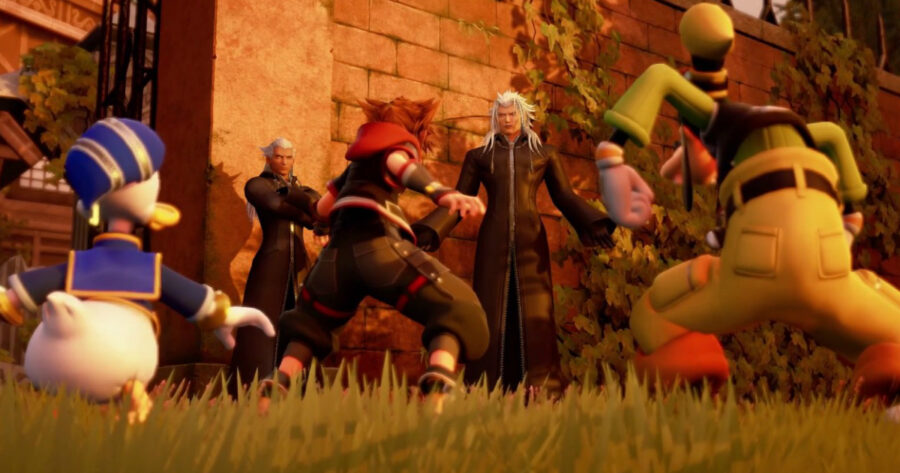 WASHINGTON — A study from economic think tank Brown Institution reports that almost all work done within households during the recent “polar vortex” was completed during the cutscenes of Kingdom Hearts 3, a video game released by Square Enix in January.

“Among subjects who identified themselves as ‘working from home for the day,’ we found that 95.4% of supposed productivity was just refreshing their work email inbox on their phone while Ansem the Wise does something with darkness or whatever,” Nonresident Fellow Scott Andrews said. “Honestly, even the researchers kind of tuned out in those parts.”

The report went on to show that a record number of workers decided to work from home during the polar vortex that stuck America in late January, coinciding almost exactly with the release of the long-awaited game. Employees as far south as Miami Beach, where it was 76 degrees and sunny, considered conditions too unsafe for a commute.

“I’m not putting my life on the line. I remotely logged in with my laptop and turned up the volume so I could hear the ping,” Ojai resident Owen Earle said without looking away from the TV. “Could you just, scooch a little? I can’t see where Goofy went.”

Data from Outlook calendars showed that employees worked in short, efficient increments with long lulls in between, a finding that stunned researchers and set off speculation about America’s changing workforce.

“Most employees were only available for conference calls in three minute bursts every hour or so,” Andrews said. “Perhaps we should begin experimenting with two hour work days spaced out over 13 hours. It is amazing the amount of work a person can cram into a cinematic when they know the Keyblade Graveyard is coming up.”

Research into this topic will likely continue in the future, with employees already voicing concerns about global warming-related weather incidences that might force more work-from-home occurrences around the release of Devil May Cry 5 in March.