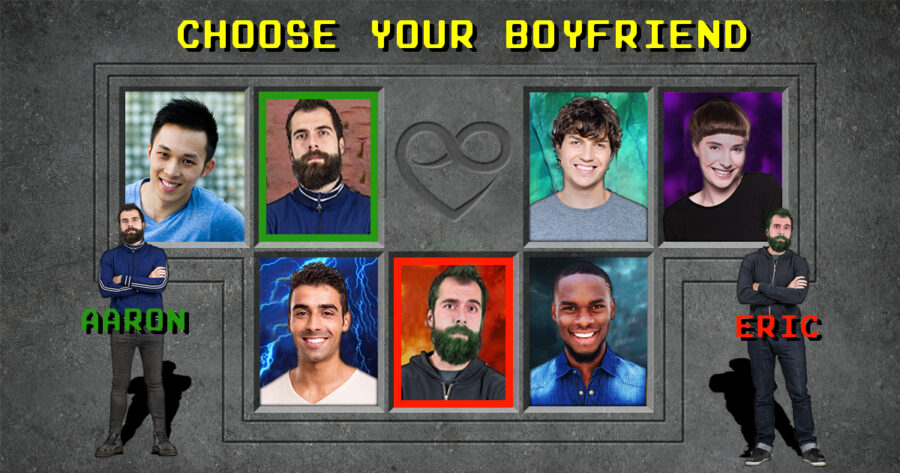 “It’s freaky,” said best friend Tanya Hayes. “Aaron looks identical to Eric. He even does the same bouncing on the balls of his feet from side to side move that Eric makes when he stands still.”

“Literally the only thing different about him is that he wears a grey shirt instead of a blue one,” Reynolds said, pointing to side by side photos of the two men. “Oh and also his skin is bright red. Other than that, though, they are completely identical.”

Further investigation into the two men revealed that neither of them are biologically related to each in any way.

“I figured they were twins separated at birth or something, but nope,” Evans said. “I’m pretty sure they aren’t doppelgangers, either: neither one of them is any more evil than the other. It’s baffling.”

“Eric’s a great guy, but I’ve played him for so long that I just needed a change,” Campbell said. “Aaron has an entirely different moveset in bed. Eric was all thrust thrust sweep sweep thrust fireball, whereas Aaron is sweep sweep thrust thrust sweep icefist. And their finishing moves are totally different: Aaron isn’t afraid to commit to a Babality.”