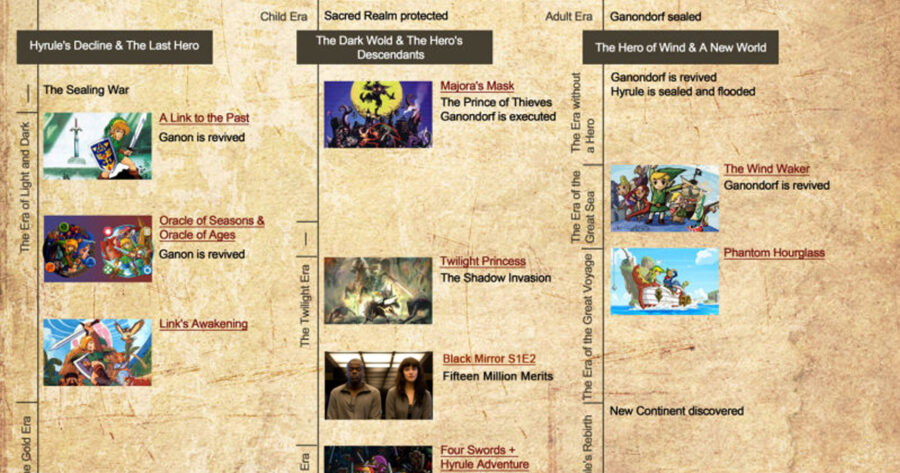 A fan theory demonstrating how every episode of Black Mirror falls perfectly within the Zelda timeline has been developed by anonymous Reddit user u/Waldo-Cucoo.

Waldo-Cucoo explained how various Easter eggs prove that both universes are connected.

“The placement of the episode White Christmas is obvious. The shrinking technology in cookies was clearly developed from the hats that the Minish gave to Link. This places it after The Minish Cap,” the Reddit user explains in his 700-word post.

“Furthermore, The National Anthem takes place before Twilight Princess since the princess that Callow fucked a pig to save from blackmailers was obviously Princess Zelda being held by a group of Bokoblins. This puts the two episodes in the child timeline.”