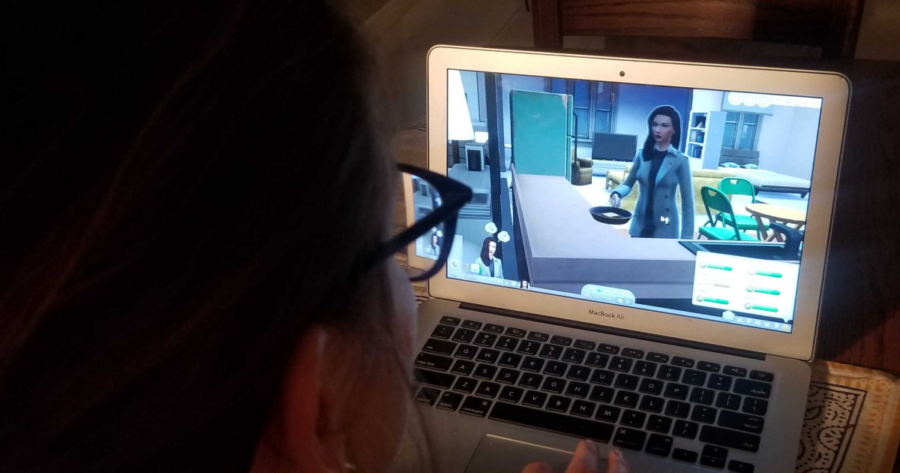 SHEILATOWN — A terrified Sims family could tell within moments of interacting with their overlord Sheila Parker that she’d had a bad day at work, sources inside the video game have confirmed.

“Oh Jesus, she stayed late again, here we go,” said a resident of Parker’s town in The Sims 4, speaking through a Simlish-to-English translator. “It’s happening more and more often these days. She stays and works late, they run her into the ground, and then she comes home and takes it out on us. Looks like I’m gonna be up all night kissing my relatives again. God damn it.”

Developers of The Sims franchise defended Parker’s demented actions, claiming that the appeal of the series was always partially being able to do things in the game you wouldn’t in real life.

“Look, we’ve all thought about inviting our neighbors over, erecting some walls around them, and then watching them slowly starve to death over the course of days,” said Michael Duke, one of the directors of The Sims 4. “But we don’t act on these things, at least not most of us. As fun as the life management aspects of the series are, that’s merely the easiest part of the game to advertise. It’s been clear since day one that a huge part of this game’s appeal is to take out all of your aggressions and weird social energy out on these adorable people that just want to lead a simple life.”

When asked to comment, Parker reportedly didn’t realize the depths to which her depravity had sunk.

“Look, they’re my Sims and I’ll do what I want with them,” she said, as she had her character with low cooking skill prepare a Pufferdish dinner for her gathered neighbors, ensuring all attendees of her dinner party would soon be violently ill. “Everyone blows off steam a little differently. Some people play Mario, some play Fortnite, and me, after a long shitty day of work I like to just get on the Sims and see if I can make people’s lives any worse than my own. It’s fun!”

As of press time, concerned neighbors had reported seeing Parker remove the ladder from her actual swimming pool.