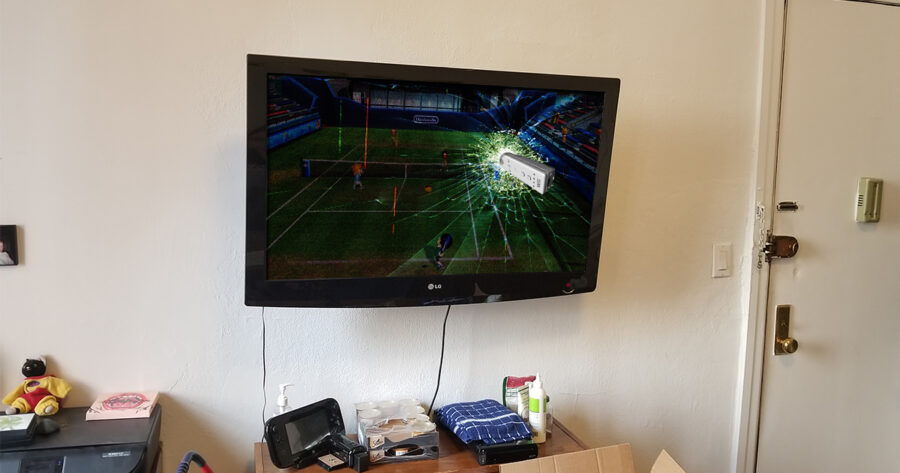 PORTLAND, Ore. — A Wii controller that has sat sedentary for the past nine years hurled itself directly at it’s owners 35” inch LG flatscreen TV in a desperate plea for attention, frustrated sources confirmed.

“I came home from work and saw the damage to the TV and initially I thought someone had broken in,” said homeowner Sarah Calderwood. “I looked down and saw the blue lights of the Wii controller flashing and the broken shards of glass next to it spelled out ‘play me’.”

The Wiimote, which had remained dormant on an Ikea bookshelf for nearly a decade, had reportedly reached its breaking point after Calderwood purchased an XBox One console.

“We used to be a couple that dominated in Wii tennis. Now I am nothing, simply nothing,” said the controller while recovering on the kitchen table with a piece of electrical tape now holding the cover of its battery pack in place. “Sarah and I spent so long crafting her Mii character, getting her bangs and glasses just right, but now she is almost unrecognizable to me. She spends all her time playing Destiny 2, with a controller that doesn’t even care about her.”

This is the first reported instance where damage was done on purpose by a controller and not user error.

“There are a lot of really funny YouTube compilations from ten years ago with people just chucking the Wii remote like a damn baseball right at their television,” said GameStop employee Tyler Kish. “But never in my life have I heard of a remote gaining sentience and doing it on its own. I heard a rumor about a Nintendo 64 Rumble Pack coming alive to alert its owner of a carbon monoxide leak, but nobody has been able to prove that.”

According to Calderwood, the Wii controller wasn’t the only obsolete gaming system that tried grabbing her attention.

“When I was bringing the broken glass from the TV outside I saw my cellar door was open. I looked down the stairs I saw my old Playstation 2 was all smashed up at the bottom,” she said. “I need to bring all the consoles I don’t play anymore to Goodwill before I come home and find my Sega Genesis hanging from the rafters.”