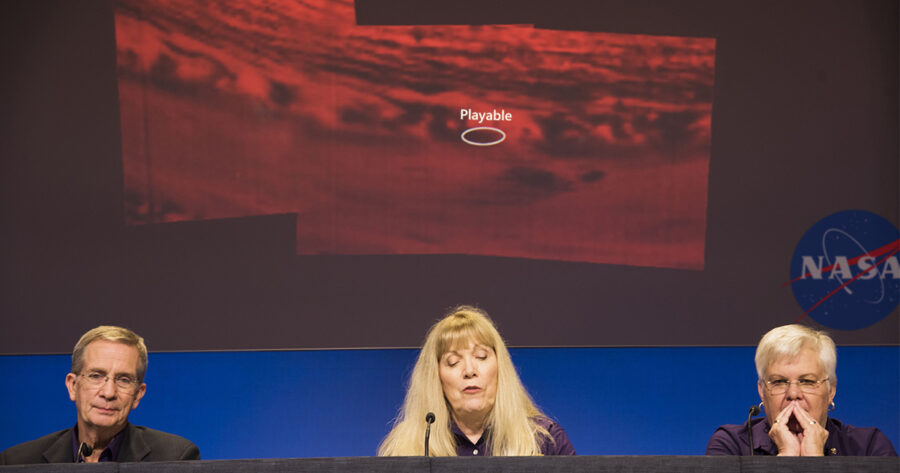 WASHINGTON — NASA announced today the discovery of a new exoplanet that reportedly hosts at least four playable areas. This new planet, dubbed MEA-30, is extremely rare; until now no planets have been found that contain more than one territory suitable for gameplay.

“Most planets can only support one environment type such as a desert world or ice planet,” said NASA spokesperson Felicia Chou during a press conference. “MEA-30 offers a staggering four environments capable of sustaining varied, engaging gameplay.”

Though it is impossible to visit MEA-30 with current technology, scientists were able to discern its topography using the Kepler Space Telescope. It contains rivers of molten lava, mountains that float in the sky, and a large tutorial area. Seismic activity also suggests the presence of bonus caverns most likely filled with glittering gems. Additionally, the entire planet is littered with waist-high rock formations.

“We’re not sure what process creates these stony protrusions, but if we were to someday send astronauts to the surface — and if a firefight were to break out — we’re confident these rocks would be perfect to take cover behind,” said Chou.

These new findings have excited many, but the NASA spokesperson was careful to explain there is still more to learn about the planet.

“There is a lot we don’t know about MEA-30. How are these environments connected? Is it an open world or separate areas surrounding a central hub? How do we access the bonus areas? We don’t even know if the casino zones use gems found on the planet or Earth currency,” said Chou to the press.

NASA has announced plans to visit the planet by next year’s holiday season, although most assume the mission will be delayed before then.

Update: new analysis has revealed that three of the four environments, while located on the planet, are only accessible through paid DLC.