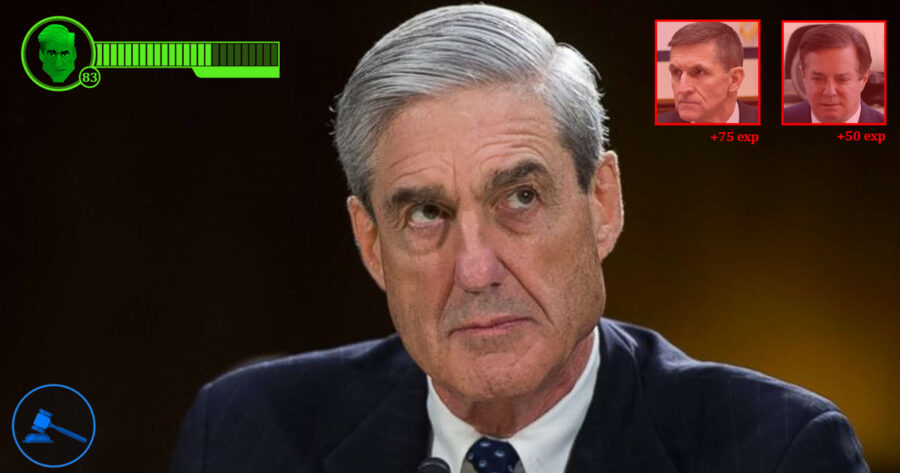 WASHINGTON — Robert Mueller, former FBI director and current head of the Special Counsel Investigation into Russian meddling in the 2016 American election, has reported that he’s nearing the final boss fight against President Donald Trump in his lengthy quest, and that he will engage once he’s gained one or two final levels by grinding it out against smaller enemies.

“Yeah, I’ve done pretty much all the side quests and extra stuff,” said the head of the FBI investigation into the current president’s alleged ties to Russia. “Probably gonna finish this game pretty soon here. Just gotta tie up some stuff, Corsi, Butina, maybe take on one of Trump’s stupid children. I still can’t believe they put those characters in here. I’m sure I have enough experience to take Trump down, but I just wanted to make sure I did everything.”

“It might be one of those games where, after you finish, it doesn’t let you go back and do some of the smaller quests,” Mueller explained.

The campaign, which was launched in 2016, has seen Mueller grow from a young, unknown agent chosen from obscurity to lead the mission against the ruler of the republic, to a hero figure the population has rallied around.

“I love Mueller!” said local gamer Ana Rydell. “He’s a complete badass, the way he selflessly puts the needs of the townsfolk above any personal desires. And it’s so cute how you never hear him talk! Can’t wait to see what’s next for him.”

The final boss battle is expected to be engaged once Mueller has defeated the final form of Paul Manafort, who has pestered him repeatedly throughout his prolonged adventure.

“Ugh yeah,” said Mueller. “He really was the Ultros of this story.”