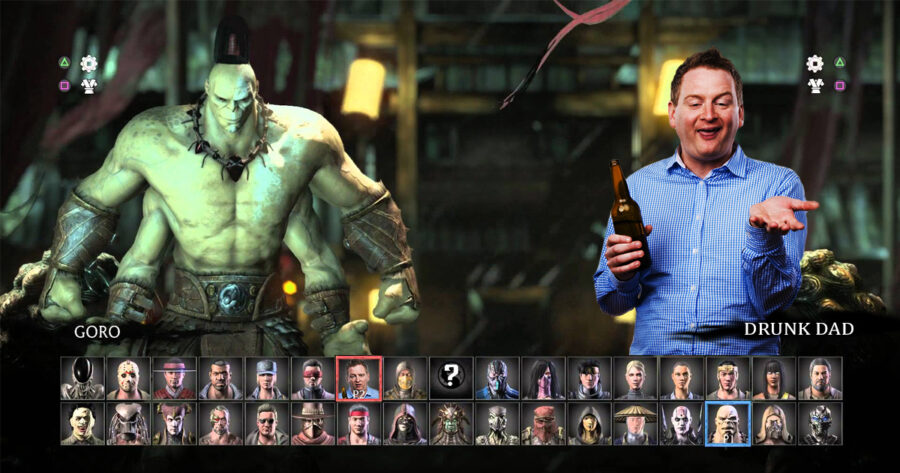 “We really wanted to open the franchise up with a brand new character but also one that fans felt they knew well. The obvious choice was Drunk Father,” said Mortal Kombat director Ed Boon. “Who wants another manipulator of space time or the elements when you have the power of an unbuckled belt and disappointment? Once he finishes his six-pack, you’ve already lost.”

Ever since this announcement, the community has been posting theories on what outfits and Fatalities the character might have.

“I’ve heard one of the fatalities is Drunk Father cry-yelling at the downed character for twenty minutes about how his own father never said ‘I love you’ to him and that’s why he dropped out of college in the 80s,” said Reddit user finished_hymn_92. “I hope not, though. Sounds too simplistic.”

Not everyone at NetherRealm Studios is happy with the decision, though. One anonymous developer reached out to the press to air their grievances with the new DLC character.

“We’ve designed the character roster to balance out between fighters,” explained the disgruntled developer in an interview. “But when you have Drunk Father vs Drunk Father in a mirror match, it’s essentially an endless loop of them shouting ‘Fuck you’ at each other and getting confused over whose dog they are kicking.”

“Also most of his combos are just vocal attacks. It’s a huge leap away from what the Mortal Kombat series has been for, like, thirty games,” they added.

At press time, NetherRealm Studios announced the DLC will not cost any money; all of the prices will be in emotional payments.