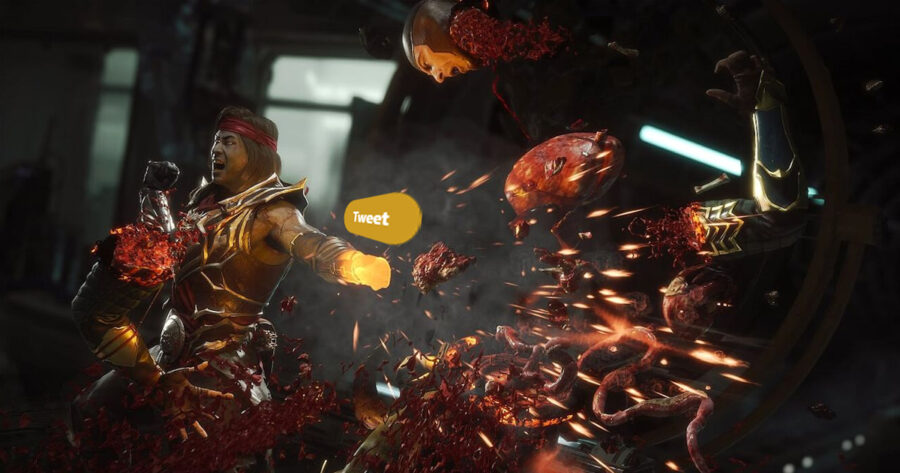 CHICAGO — NetherRealm Studios announced the next Mortal Kombat 11 patch will give every character a brand-new finishing move that savagely ends the losing Kombatant via social media. These defensive moves, known as “Kancels,” are triggered at the end of the second round as a last resort for losing players attempting to block an opponent’s Fatality attempt.

“The moves have to be inputted quickly and precisely,” said Ed Boon, Creative Director at NetherRealm, during the video trailer. “Otherwise they run the risk of getting ignored by our brand new in-game social media cycle that runs underneath every match.”

Some examples shown in the video include:

Later in the video, Boon himself goes on to reveal that some fighters will have unique Kancels when facing off against specific characters. For example, Cassie Cage will be able to cancel Sonya Blade’s Brutality by sharing screenshots of her mother’s problematic posts from alt-right Facebook meme pages.

There are also fail states for certain Kancels. For example, Scorpion can end up Kancel-ing himself by accidentally tweeting out an old photo of him in black face from a Halloween Party circa Mortal Kombat 4.

Boon said the new gameplay feature came after developers struggled to keep evolving the iconic fatalities the series is known for.

“It has gotten really hard to make sure each new iteration of Mortal Kombat tops the last one,” Boon continued. “There is only so many ways to destroy a physical body that it was time to instead figure out ways to rip out the metaphorical spine of our characters soul. We think we have accomplished that with Kancels and are excited about what the future holds for this mechanic.”

Despite praise for the new feature, however, fans were outraged to learn that NetherRealm Studios would also be adding microtransactions which allow players a free counter to Kancels by having their character go on a daytime morning talk show press tour to apologize for their past actions.