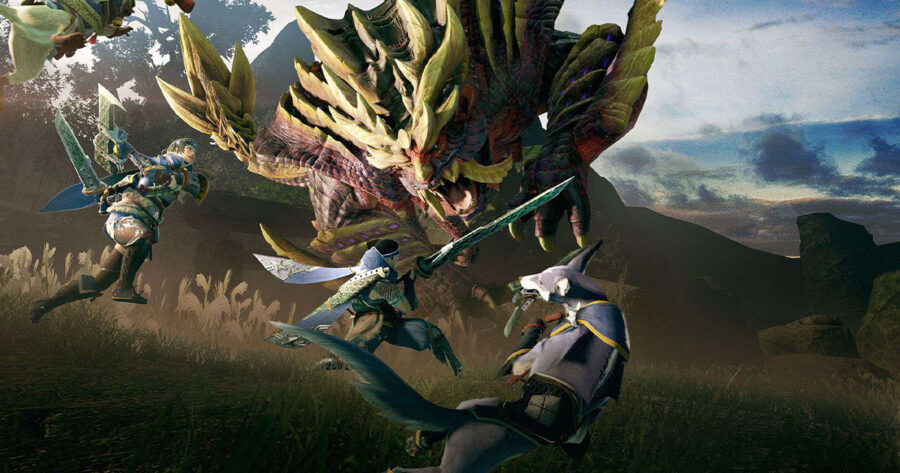 SAN FRANCISCO — An update to Monster Hunter Rise has added a new mode that sees the protagonist have to obtain the proper permits from the United States Fish and Wildlife Service before going out and hunting the titular monsters.

“Brilliant decision by Capcom to make the game more tedious. This is the happiest I’ve been playing Monster Hunter since it took me 35 minutes to click through all the tutorial menus in Rise,” said Brent Tackleberry, a longtime Monster Hunter fan. “I was starting to worry that the series was straying too far away from its roots, but now that I can come home from work and unwind by filling out the proper paperwork and waiting in line to get the permit for the animal I’d like to hunt? It’s great to be back playing classic Monster Hunter.”

Capcom has insisted that the detail was true to the world they had built in the series thus far.

“We frankly feel this enhances the realism of the battles we’ve all come to know and count on these beloved games for,” said Kaname Fujioka, creator of the Monster Hunter franchise. “Let’s face facts, if there were a world with such rampant creatures, there would almost certainly be an industry based around their calculated execution, and a government agency to monitor all of it. It’s pretty obvious!”

Despite the alleged accuracy of the permit system, some fans have alleged this content is a step in the wrong direction for the series.

“Okay, accuracy, new ideas, sure,” said Dawn Sawchuk, who reportedly gave the new DLC a fair shot. “But if I’m understanding this correctly, I guess I’m not able to go out and hunt this Tetranadon for two weeks until Tetranadon season starts? Why did I pay money for this update? Oh well, time to sink 4,000 hours into this.”

As of press time, Tackleberry had his online account suspended for killing a Bazelgeuse that weighed more than the permit he’d purchased had allotted for.