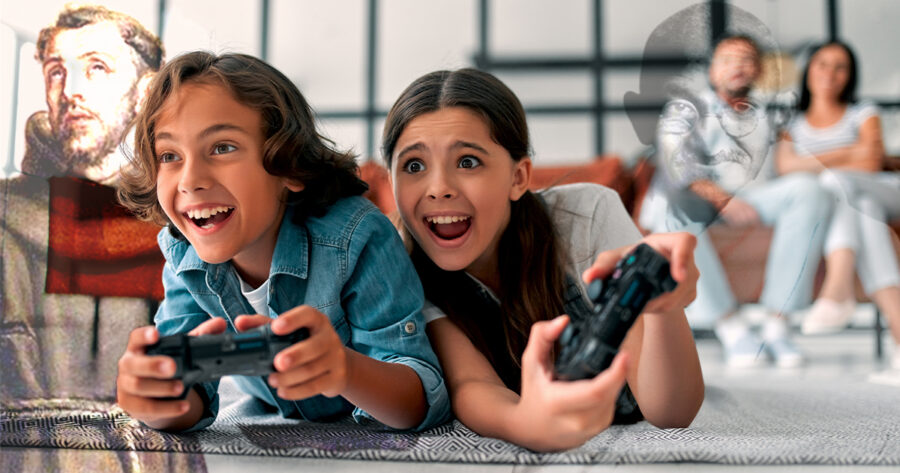 TORONTO — Local child Timmy Wallams was shocked when his mother, Theresa Wallams, bestowed an extra half hour of gaming time in an act of generosity that rivals Saint Francis of Assisi and Gandhi combined.

“Miracles can happen,” 8-year-old Wallams said. “I know that now. This magnanimous act will be remembered for years to come. Right when the darkness pressed in on me, and my bedtime reared its ugly head, my Mom came in like a shining ray of holy light and told me that I can have an extra half hour of time on the Switch as long as I promise not to tell Dad. Now I am not a believer, I have always considered myself agnostic, but this heroic deed opened my eyes to the virtuous nature of the human race. Man is good.”

When reached for comment, Theresa Wallams humbly didn’t accept credit for the move of unparalleled goodwill.

“Yeah, he can play PlayStation a little while longer I guess,” Wallams said. “I’m drawing a bath for myself so I don’t want to put him to bed for a bit. He’s been quiet in his room so I see no problem with it. I don’t understand why this is such a big deal. It’s just some video games.”

Wallams later received a letter of appreciation for her humanitarianism from Pope Francis.

“I’ve heard tell at the Vatican of a mother who let her son stay up to play his Nintendo Switch for thirty more minutes,” the papal letter began. “You are an inspiration to all of us who strive to transcend our bitter, cynical tendencies and reach a state of pure generosity that you have mastered. Please, you must visit Rome to not only preach of your ways, but also attend your canonization ceremony.”

At press time, baffled sources close to Wallams reported that a similar miracle had occurred when Theresa, in her infinite tenderness, said her son could pick out one game at GameStop after acing a spelling test.