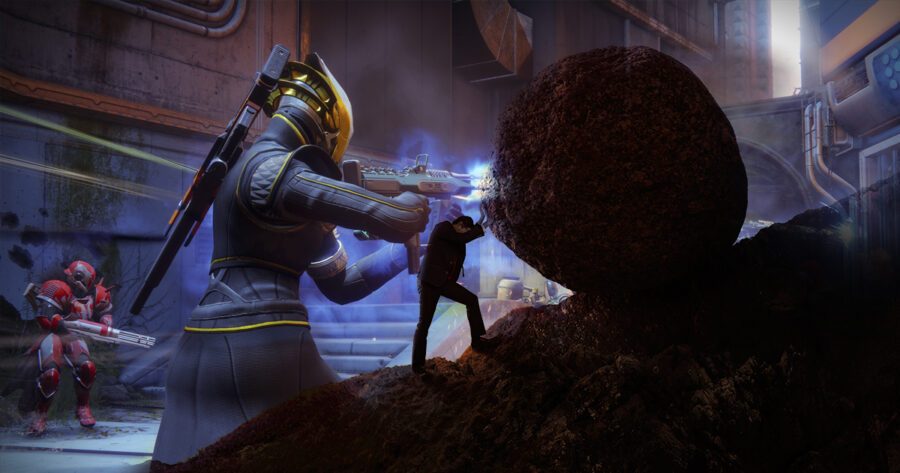 “I thought I was going to give up on Destiny 2 because I’d been at max light with all classes for a while, and had played all the raids countless times to get the exotics I’d missed,” the modern-day legend told reporters, controller in hand. “Grinding for Redrix’s Broadsword kept me busy for a long time, but after I finally rolled for it I started feeling like I was just about finished with the game.”

Andino indicated that the release of the year two content, Forsaken, and its increased experience and light caps kept him from playing something else, not unlike the cruel Greek king who was punished to push a rock up a hill for all eternity.

“There’s just so much to grind again. All of a sudden I’m back to power leveling so I can get to 650 light, and the time-gated events in the Black Armoury make me feel like I’m starting from scratch each time one ends and another starts,” he continued. “I can’t even remember all the weapons I’ve replaced since December.”

Andino’s friends and family have tried to keep up with the nuances of his journey in Destiny 2, but to them it just looks like he’s doing the same thing, over and over.

“Every time I ask Nick about what he’s been up to, he launches into some story about how he ran some raid eighteen times because the RNG for the loot drop is abysmal,” said Russell Kurtz, a friend. “And right when it seemed like he’d grinded his last then he shows me the 2019 roadmap for the game, which just tells me that he’s going to be grinding until 2020, at least.”

“I’m just glad that I bought the annual pass for Forsaken,” Andino stated. “That way I know I’m getting all the content that will let me get everything Destiny 2 has to offer. Hopefully Bungie will keep moving the goalpost for players even though Activision isn’t breathing down their necks anymore, otherwise I’d have to stop playing.”

“I guess this really is my Destiny.”