MMA Fighters Spend First Round Figuring out Their Moves 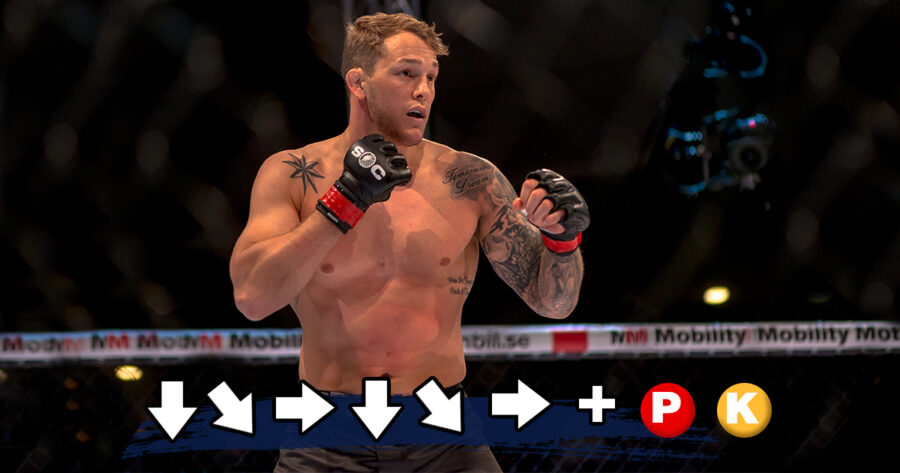 NEWARK, N.J. — A match-up on the undercard of last night’s Mayhem at the Metro event began unusually, as both fighters spent the first found getting comfortable with their basic maneuvers.

“Hey, don’t come near me,” said Muay Thai black belt Donny Holbrook immediately after the bell signaled the beginning of the match.  “I’m gonna figure out my kicks!”

Holbrook then unleashed an impressive combination of high and low kicks that would have proved dangerous to opponent Jayson Graysmith had the two been within striking distance of each other.

“OK, come over here and sit on me when you’re done,” replied Graysmith, laying motionless on the mat.  “I wanna see if something I read about works.”

After nearly a minute of Holbrook’s kicking into empty air, he started towards his opponent, exciting the previously quiet crowd.  As he entered a full mount position, straddling Graysmith and pinning his shoulders to the ground with his knees, the end seemed imminent.

The anticipated pummeling never occurred however, and after several tries, Graysmith performed a spectacular sweep escape, bringing Holbrook’s torso towards him with his arms, as he wrapped his legs around his body. Rolling his opponent on his side, this left him in perfect position to finish the match quickly with a heel hook leg lock, but the inevitable outcome was again replaced with idleness.

“That was such a weird match,” said attendee Sara Parker afterward.  “Once they started grappling they just kept changing positions over and over for like three minutes until the bell rang.  Are we sure these guys have even done this before? I want my money back.”

Some fans were reportedly happier with the second round, which saw Graysmith defeat Holbrook by TKO after delivering seventeen consecutive uppercuts.