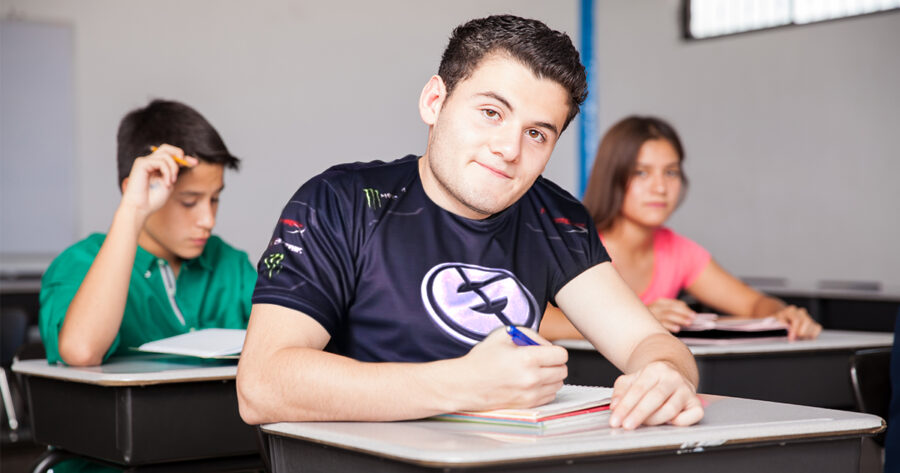 Harland, a 6th grader at Pinecrest Junior High School, has been a colossal force in the MLG and an essential part of Evil Genius’ Call of Duty team since first signing on with them in early 2015.

“This is an unfortunate but unsurprising setback to our organization. Middle school moms have taken down many of our professional athletes with their outrageous demands that they do well in school,” said an Evil Genius spokesperson. “We have team personnel working closely with Mr. Harland’s mother to explore the possibility of him returning sooner.”

Sources say Harland’s mother is adamant in her decision to keep her son inactive for at least 14 days.

“I’ve made my policy clear since the beginning,” said Harland’s mother, Paula Harland. “School first then that silly Crawl of Duty [sic] game. I’m sorry, but if Eric wants to play his little game with his friends, he has to do well in school otherwise how will he develop a career,” she said, referring to her son who is sponsored by Razer.

“Not playing for a few weeks isn’t going to kill him,” Paula Harland reportedly said of her son who will miss competing in a tournament with a prize pool worth $700,000.

While Harland’s play has been consistently phenomenal, his career has been plagued with off-screen issues. In October of 2015, he missed a month and a half after refusing to clean his room and was lost for most of the 2016 season after developing mono.

“Frosty’s been in the league now for years. He’s a veteran that the other children on the team look up to,” MLG insider Martin Foster said of the 12-year-old. “He has no excuse for making this kind of mistake. He has been a bad boy.”


At press time, Harland was unable to be reached for comment, as his parents have taken away his phone and computer privileges.