Mega Man Forced to Absorb Power of Squirrel He Ran Over 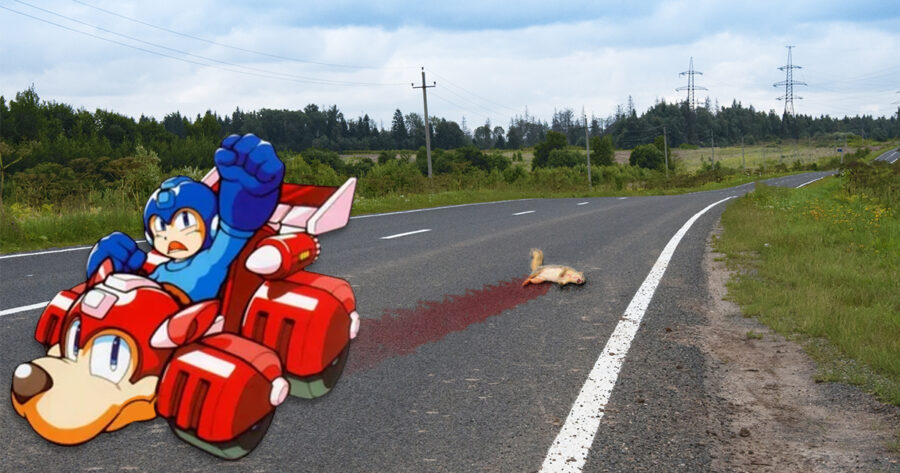 RIDGEWOOD, N.J. — Mega Man was interrupted during routine weekend errands when his van hit and killed a squirrel that had wandered into the parking lot of a local convenience store, resulting him absorbing the dead rodent’s powers.

“Stuff like this really ruins my day. I just wanted to pick up some e-tanks and now this.” said a frustrated Mega Man. “I have to absorb the powers of anything I defeat, whether I want to or not. What am I going to do with the powers of a freaking squirrel? Looks like I can shoot acorns now. Fantastic.”

“Why acorns? I don’t make the rules. I still don’t know how this works,” he added.

The Super Fighting Robot noted that it is a common misconception that he can only absorb powers from other robots. In recent years he, in defiance of his own will, has absorbed the powers of an old microwave, five broken iPhones, and “a horse that one time I got drunk.”

Said Mega Man’s creator, Dr. Light, “In retrospect, I would’ve made him only absorb powers from robots, but at the time I figured it was best to be broad with it. It was 20XX, a different time, understand? Who knew if Dr. Wily would be experimenting with genetic engineering or something? You can’t be too careful.”

The heroic blue robot finds the situation more annoying than anything. Said Mega Man, “Absorbing all of these powers really lags my systems.” He noted that one time, after stepping on an ant hill, his circuits overheated and nearly killed him.

“It’s not fair,” added Mega Man. “All the other Robot Masters have one thing they do: cutting things, freezing thing, and, uh… whatever Top Man’s thing is. They never have to deal with misery like this.”

Officials at the scene of the accident have been unable to find any remains of the squirrel. According to witnesses, the animal turned into glowing balls of light and drifted into space after the collision.