The Real Life Mario: This Man is in Charge of Fixing Plumbing Issues Caused by E3 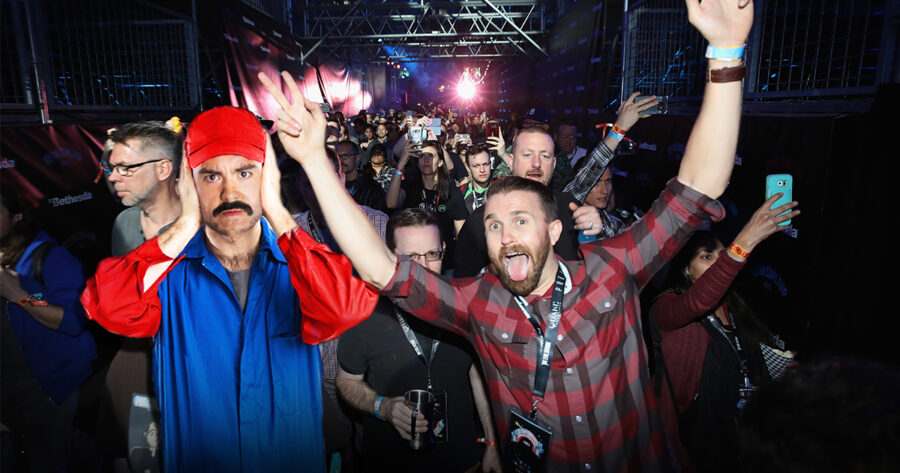 A few days ago at E3 we spoke to Ryan Jimenez, Los Angeles Convention Center’s head custodian and favorite plumber, who is basically just like the real life Mario.

While many attendees and vendors at this year’s E3 wore or discussed everything having to do with Nintendo’s flagship character Mario, Ryan is the real deal. Much like the famed character, Ryan has a push broom, mustache, and knows his way around plumbing tubes.

“I gotta’ tell ya, E3 is one of the toughest events on our plumbing systems. ‘Nerds & Turds’ we say in the janitorial office. The things these guys do in the bathrooms are truly sick,” said Jimenez. “This job pays so well but all the kids coming up to me freaking out that I happen to look like some racist Italian stereotype of a video game character is incredibly draining, mama mia.”

According to Mr. Jimenez, the diet and performance-enhancing products the gamers consume take a toll on the convention center’s septic system.

“Lotta clogs ‘cause these guys are peeing out straight monster energy drink syrup. Also I saw these guys snortin’ powder in the bathroom and told ‘em to cut it out. They claimed it was some ‘nemo-tropicals’ or some shit. All I know is these kids are pooping out bricks covered in cheeto dust.”

Attendees have started to stop the janitor and ask if they could get a picture.

“Dude a friggin’ plumber with a mustache! C’’mon, that rules!” said second time attendee Michael Peterson, 19. “I tried to get him to say ‘it’s-a-me!’ but he for sure didn’t know what the hell I was talking about.”

Jimenez has come close to cutting his mustache due to the unwanted attention.

“All the ‘Mario’ stuff gets annoying. But then we get the Exxxotica Expo and all these babes in bikinis are asking me about a mustache ride! The only way I get through E3 is by thinking about Exxxotica, for sure.”