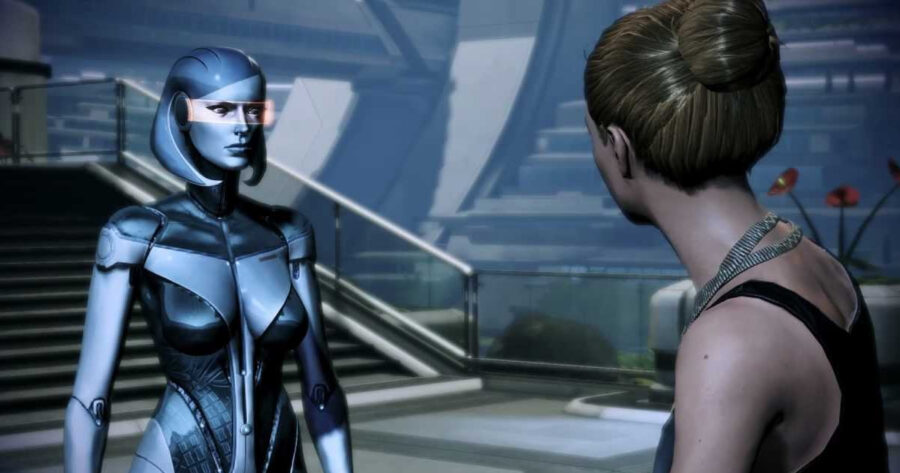 Like many others, I found myself in complete awe of the stories told in the Mass Effect series of video games. The ones that resonated most with me were the various romantic options Commander Shepard can experience because it finally validated my long-held desire to engage in sexual intercourse with a being outside of my species.

I’ll never forget the first time I laid my eyes on Liara T’Soni, an Asari scientist who had cat-like facial features and a head like a blue bike helmet. In most games, a succulent creature like T’Soni would be relegated to a standard ally, but to my surprise, after numerous conversations inlaid with sexual tension, I was able to successfully consummate the relationship at the end of the game.

I would replay each game, my heart racing each time I wined and dined a new alien. Most recently it was a Turrian by the name of Garrus. His beaten Sarah McLachlan puppy-dog face, and his rigid, scarred body that housed a tender heart put me over the edge. I decided it was time to take what I learned from this beautiful game about inclusion and take it into the real world.

“Mass Effect, I read your message loud and clear,” I said to myself as I rang my neighbor’s doorbell waiting nervously to speak to their dog I’ve been crushing on since moving here two years ago. I proceeded to ask if I could speak to their French bulldog. When my neighbor glanced downward and figured out what was happening, he shouted, “Get the fuck out of here you sick freak!” and slammed the door shut on my face. He was not, in fact, a Mass Effect fan.

As painful as that was to hear, I know I shouldn’t give up because Commander Shepard never gave up. Since that experience, I have started an advocacy group for people like me to spread the positive message Mass Effect so clearly wanted us all to hear.

Because that’s what Mass Effect is all about: having sex with animal people and also apparently some stuff about space.