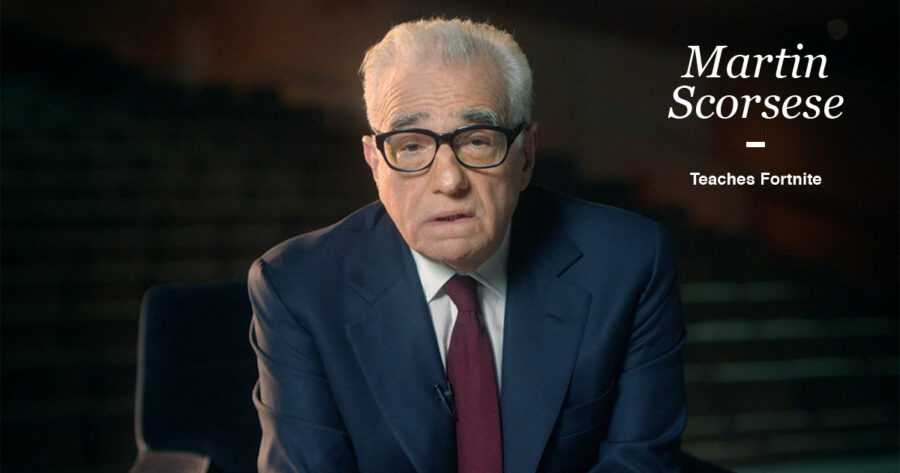 SAN FRANCISCO — Director Martin Scorsese debuted a brand new instructional guide hosted by MasterClass today, where he fumbles through a Fortnite lesson seemingly after a mix-up in the recording booth.

“Oh this isn’t — I thought I was, oh nevermind,” stammered a bewildered Scorsese in his new Fortnite Tips and Tricks Masterclass guide. “It seems we’re on a floating school bus, that’s interesting. Oh my, what’s happening now? We’re falling! We’re falling down! Okay this fella has a shotgun, let’s see if he’ll be my friend. Ow, ow! No he will not!”

“We accidentally queued up the completely wrong footage, but he had very limited time and knew that if he called us out we’d be fired, so he just went with it,” Gladwell said. “He didn’t really seem like a Fortnite guy, but he did his best. He explained some of the composition and framing of The Citadel and likened working with Joe Pesci to the cinema equivalent to the ‘double pump strat.’ Real class act.”

“About halfway in, he started hitting pro-level flickshots with sniper rifles,” Jergens said. “Although he was clearly pretty lost at first, he had four Victory Royales by the end of the recording. It actually helped a lot, I’ve seen myself get more kills in real time because of Scorsese’s building tips. Guy’s a pro at everything.”

At press time, sources realized another result of the mix-up after a new Masterclass release of Ninja stammering through multiple scenes of Goodfellas.