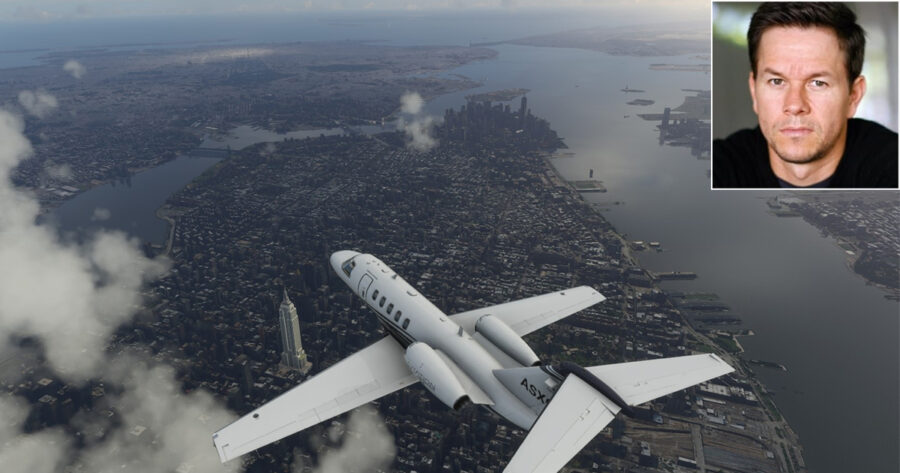 BOSTON — Mark Wahlberg reportedly streamed a playthrough of Microsoft Flight Simulator on Twitch this weekend, the entirety of which he spent pretending he was on a mission to stop the horrific events of 9/11.

“Alright, Wahl-crawlers, thank you for tunin’ in, this is going to be the most patriotic Twitch stream you’ve ever seen. We’re going to be flying in this beautiful Boeing 757 and I’m going to show these fucking terrorists what happens when you mess with the United States of America,” said Wahlberg before starting the playthrough, breaking character only to shout out new subscribers to his channel.

As the plane left the ground, Wahlberg began to painstakingly roleplay the minute-by-minute events of the hijacking by reassuring the imaginary passengers that everything would be okay.

“This is your captain, Mark Wahlberg, speaking,” said Wahlberg, choking back tears and fighting to maintain composure throughout his speech. “I want everyone to remain calm. If anyone can stop these assholes, it’s me, the star of the 2001 summer box office smash hit, Planet of the Apes directed by Tim Burton. Let’s fucking do this.”

Wahlberg then began to make evasive maneuvers in his plane while pretending to physically fight the terrorists from within the cockpit.

“Oh wow, that was a good punch, but not good enough to destroy America, jerkoff! Take this, and this, and that! Did you see that, chat? I can’t believe I just roundhouse kicked that terrorist in the face, his head almost came off. Now one of them has a gun, but too bad I know martial arts. Wham! Just like that, you’ve been disarmed by old Marky Mark. America is safe baby!!”

Upon defeating the imaginary terrorists, Wahlberg reportedly ended the stream abruptly after realizing he’d stopped paying attention to flying the plane and was about to crash.